21 Savage has shared his stance on cheating in a relationship and he’s implied that it’s acceptable for men to do it, but those rules don’t apply for women.

During the Atlanta rapper’s recent appearance on Gillie Da Kid and Wallo’s Million Dollaz Worth of Game podcast, which premiered on YouTube on Sunday (Aug. 29), 21 said that men can cheat on women because he feels it’ll be viewed as the man conquering the woman.

When speaking on an instance where 21 was a victim of infidelity, he told the podcast hosts, “That was like, young nigga shit…I got cheated on. I ain’t goin’ for that shit now. Cheat on me it’s over with. Never speak to you again in life. Straight up.”

The Savage Mode II rapper was then asked if he forgave the woman who cheated on him at the time, to which he replied he didn’t because his perception of her became tainted.

“I tried to forget it, forgive,” 21 Savage explained. “Every time you do something wrong, that shit just get you. ‘You was suckin’ dick’ is just automatically what comes to a nigga head. I couldn’t ever look at her the same.”

To this point, Gillie followed up and said that women are more forgiving than men when it comes to cheating.

“That’s different though, because we conquer women,” 21 replied. “Your girl gon’ look at it like, ‘OK, my man conquered a woman.’ So it’s like, yo nigga won in the situation. She just got hit but vice versa, you my queen, so if a nigga conquer you, our whole castle is now like, vulnerable…Once a nigga get between your legs he can get anything else up out of you. He can know where I live, how I move, our problems we having in the house, what I’m going through in my life.”

He added, “Once you get a girl in your bed, you damn near can get her to do anything you say. Especially if she got a nigga. If a girl willing to risk it to get in the bed with you, she’s ready to do whatever you say.”

Gossip Instagram page The Neighborhood Talk shared a clip of 21 Savage‘s conversation on the Million Dollaz Worth of Game podcast and in the comment section of the IG post, 21 inquired about himself glorifying cheating.

“Where did I say cheating for men was ok ?,” he wrote.

Many called the rapper out for seemingly contradicting himself.

One person typed in the comments, “These men are just delusional! So annoying.”

A third user wrote, “Thats always been the misconception. The woman chooses the man, the whole time he is ‘concurring’, most of the time she already made up her mind from the beginning. So he didn’t run game for real. The woman decides.”

Check out the full interview with 21 Savage on Million Dollaz Worth of Game below. The conversation about infidelity kicks off around the 35:31-mark.

See more reactions to 21 Savage’s stance on cheating below. 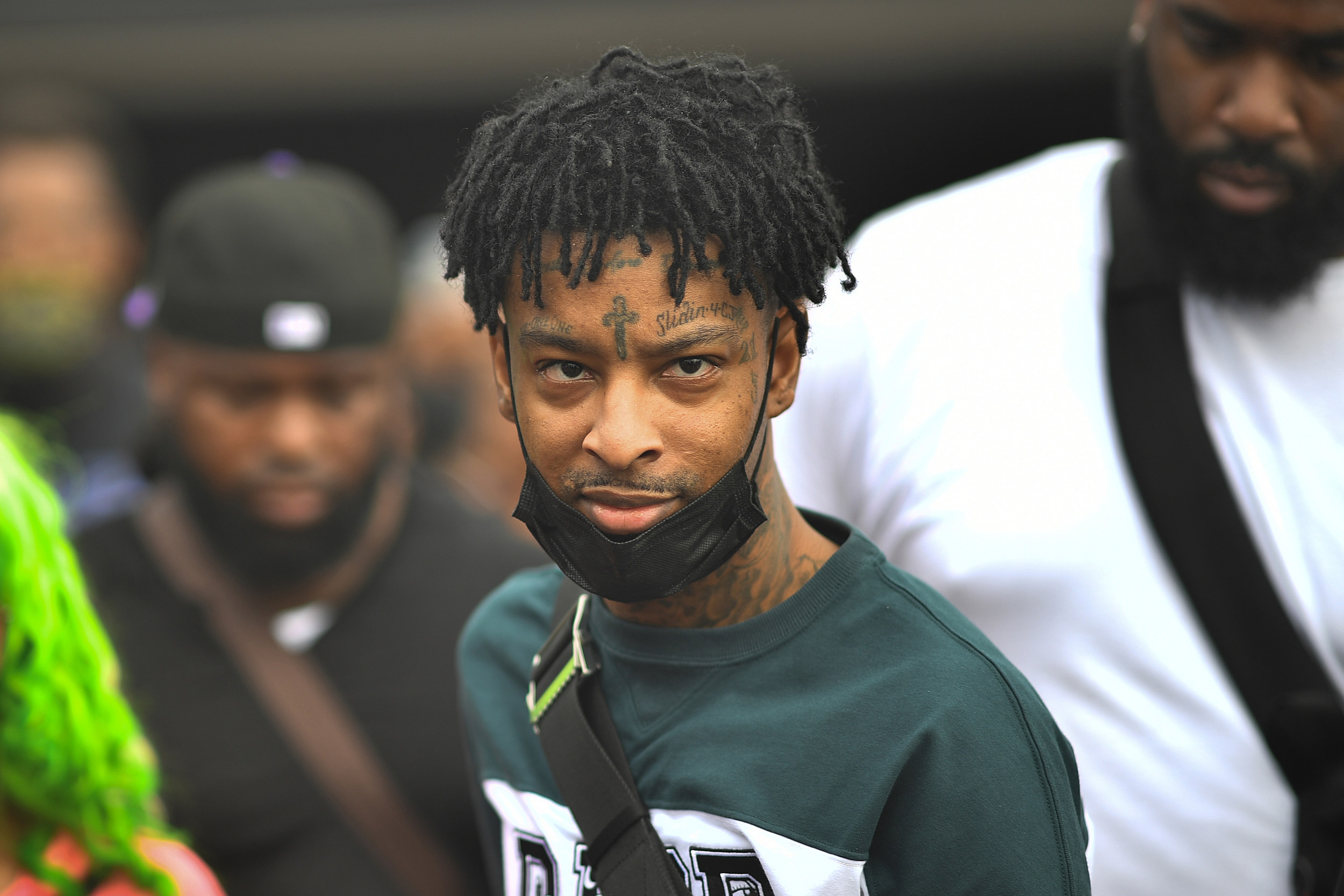