50 Cent was the executive producer on Pop Smoke’s posthumous release, Shoot for the Stars Aim for the Moon, which was one of the best hip-hop albums of 2020, but he’s not sure if he will lend a hand on Pop’s next project.

In a 20-minute video interview with radio personality Kris Kaylin, which was posted on YouTube last Thursday (May 27), 50 briefly talked about the late Brooklyn rapper’s next project and said he’s unsure if he would executive produce it.

“Steven [Victor] was originally Pop’s manager and the label person he was signed to,” Fif explained. “He spoke to me about the new record. I’m not sure if I’ll participate with that record. I just wanted to make sure that his record did what it was supposed to.”

50 Cent added that he was eager to promote Pop’s first album and believes his involvement was the reason why the project was so successful.

“My interaction with Pop was that he was looking at me like I could tell him the right way to go and everything would work based on what I was saying,” he said. “Outside of producing the record and having it perform well, I did all the promotion for that record for it to work. They would have put it out and you’d have to find it out of basic interest.”

Fif’s remarks come as Pop’s current manager, Rico Beats, hopped on his Instagram page on May 1 to hint that he’s working on the drill rhymer’s second album. “I see and hear everything kept it cool tho no worries pay back around the corner Popsmoke new album loading….,” he wrote.

Since it’s release, Shoot for the Stars Aim for the Moon, landed at No. 1 on the Billboard 200 album chart twice—for the week of July 19 and Oct. 25—in 2020. The project broke Eminem’s record for most weeks atop the Billboard Top Rap Albums chart and Pop Smoke’s 2019 track “Dior” was nominated for a 2021 Grammy Award for Best Rap Performance as well.

You can watch 50 Cent talk about a future Pop Smoke album around the 11:20-mark below. 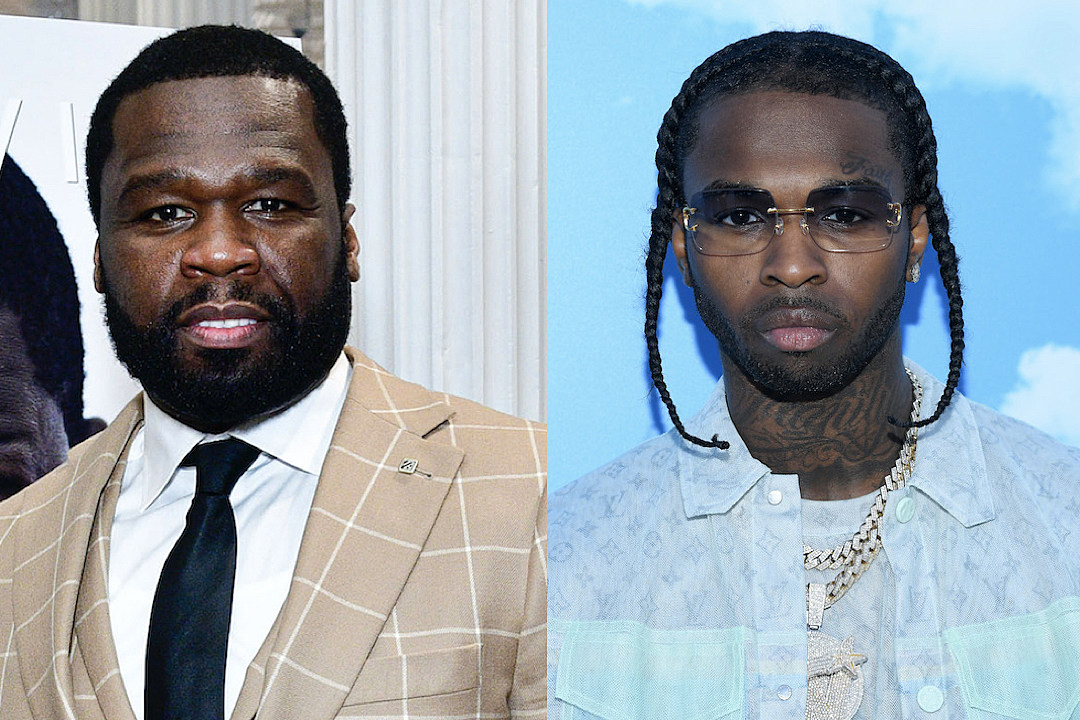