6ix9ine wasted no time offering his two cents on the Lil Reese shooting.

On May 15, the Brooklyn rapper-federal informant commented on multiple social media blog posts reporting on the shooting, which took place Saturday morning in Chicago and allegedly involved a stolen vehicle.

“Lil Tim out here wildin,” Tekashi typed in the comment section on one post, referencing the Quando Rondo associate who is charged with killing Chi-Town rapper King Von.

6ix9ine doubled down on the trolling in another post about the shooting. “How [Reese] get shot before quando 😩😩,” Tekashi posted.

He directed a third comment at Chicago rapper Lil Durk. “Buy ya man a car you got him looking crazy in that video,” Tekashi added, referring to a graphic video that has been circulating the internet, which shows Reese bleeding on the sidewalk.

6ix9ine didn’t stop there. He took the taunts to his own account, claiming there is a 6ix9ine curse. He also posted a screenshot of a GoFundMe page raising money to “Help Reese Buy a Car.”

“What happened today is not funny lets all chip in and help him buy his own car,” 6ix9ine captioned the post.

Tekashi later posted a screenshot of an IG Live exchange he had with Reese earlier this year, where Reese appeared to flash a gun. “You mean to tell me you have it on Instagram but not in real life[?],” 6ix9ine questioned.

6ix9ine and Reese have a history of beef that popped off last August when Reese warned 6ix9ine about playing on the internet and Tekashi responded by posting an old video of Reese getting jumped. Reese fired back by calling out 6ix9ine’s girlfriend. They later had the aforementioned spat on Instagram.

Reese was reportedly shot along with two other men during an exchange of gunfire in a parking deck at 6 West Grand Avenue in Chicago. Police were called to the scene and discovered all three men suffering from bullet wounds and a crashed Dodge Durango riddled with bullet holes.

Two of the victims were taken to Northwestern Memorial Hospital where one man was listed in fair condition and the other man was reported to be in critical condition, according to the Chicago Police Department who would not identify the victims. The other victim was taken to Stroger Hospital where he is listed in good condition.

There is video circulating the internet of the aftermath of the crime scene as well as a another more graphic clip that shows Reese bleeding from the mouth and being assisted by a police officer. Reese is reportedly recovering from his injuries. 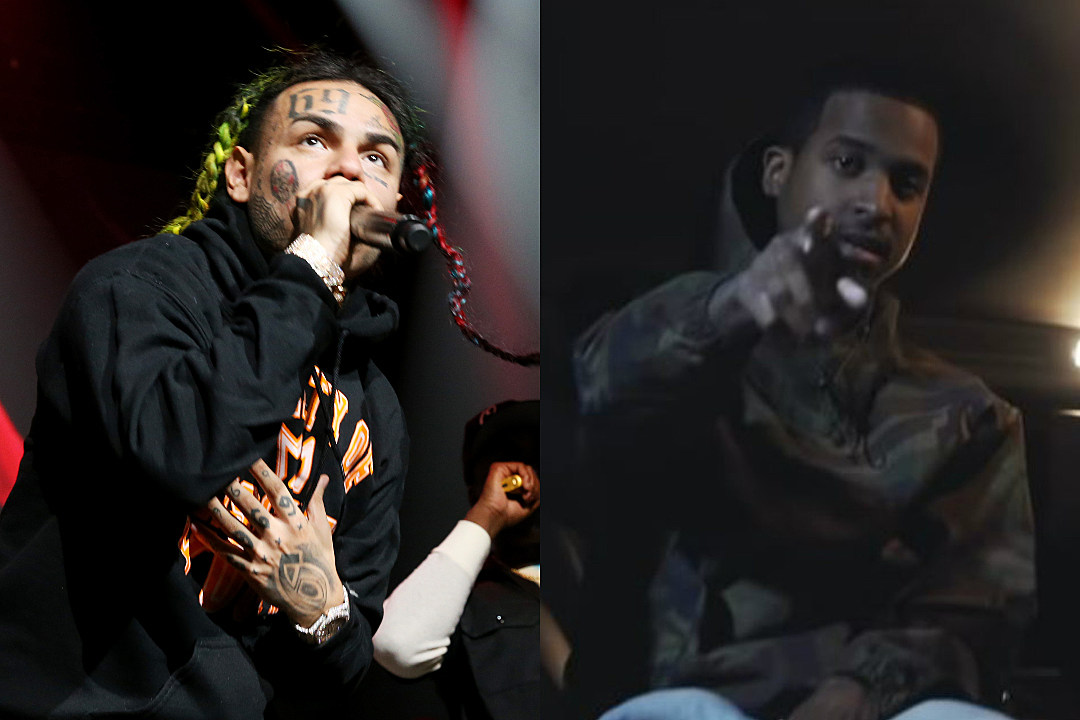