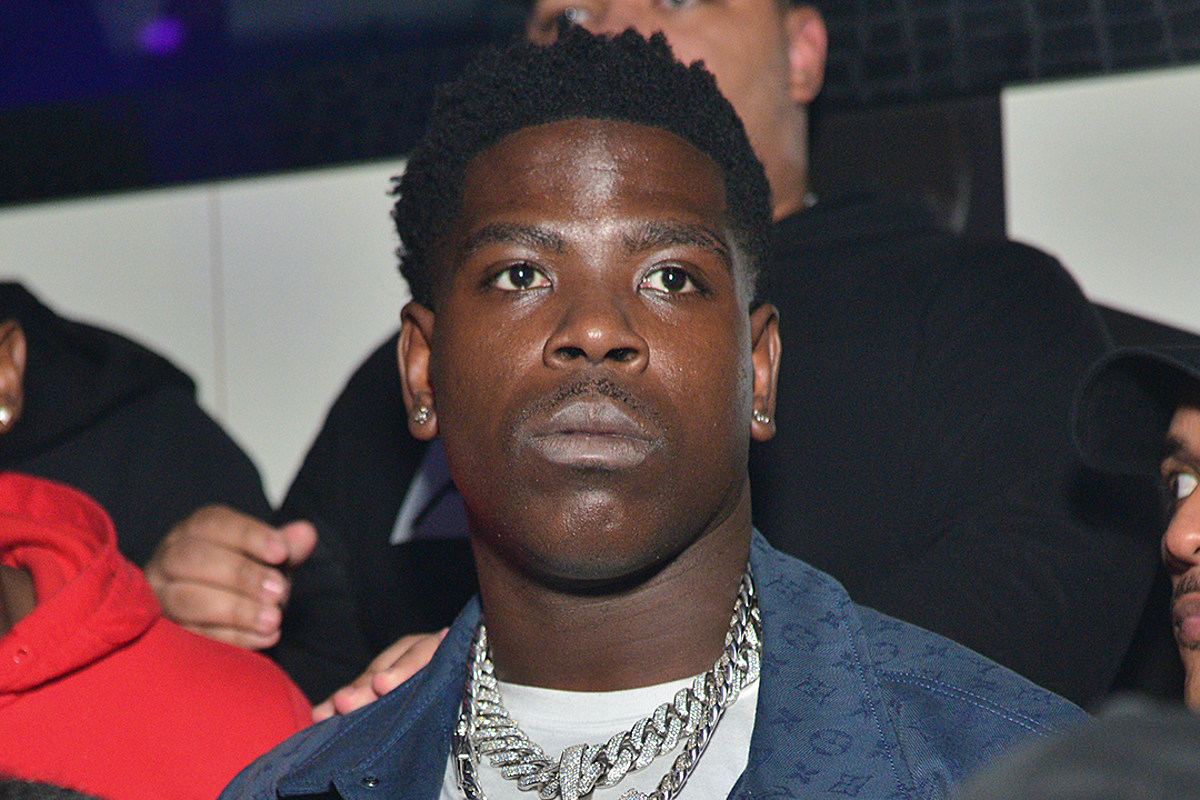 Casanova has even more of an uphill legal battle against him after recently having an attempted murder charge tacked on to his federal racketeering case.

As first reported by AllHipHop, Casanova, born Caswell Senior, was recently hit with an attempted murder rap. According to a superseding indictment handed down on Nov. 8 and obtained by XXL on Thursday (Nov. 11), Cas is being charged for a shooting that allegedly took place at a Miami gentleman’s club. According to the indictment, the incident occurred at King of Diamonds on Oct. 24, 2020. The charge alleges the rapper and one of his co-defendants, Jarrett “Jaycee” Crisler Jr, were at the club when a rival gang member took exception to Cas throwing up and gang sign and reacted by yelling to the rapper, “Yo homie, wrong sign.” Casanova allegedly reacted to the man’s comment by responding, “You want to die tonight?”

After words were exchanged the gang member was shot along with another person, allegedly by Casanova and Crisler. Both victims were taken to the hospital where they were treated for bullet wounds. Authorities allegedly found out about both men’s involvement in the crime by seeing text messages in Crisler’s phone bragging about the shooting. Both Casanova and Crisler have been officially charged with attempted murder and assault with a dangerous weapon in aid of racketeering.

Casanova’s attorney, James Kousouros, says the additional charges were expected and they plan to fight all the FBI’s accusations in trial. “We had been informed that the government intended to supersede the existing indictment and add charges against Mr. Senior,” Kousouros told XXL in a statement. “This was expected. We have been investigating the incidents charged for months and Mr. Senior fully intends to contest these charges at a trial. He is confident of his exoneration. He surrendered voluntarily when he learned of the indictment last year. He did not run or hide. He looks forward to his day in court.”

Casanova was arrested last December in a federal racketeering case for his alleged involvement with crimes in connection with the Untouchable Gorilla Stone Nation gang. Cas is among 18 alleged gang members who are accused of committing murder, robbery, fraud and the distribution of controlled substances.

In addition to the attempted murder charge, Cas is facing charges of conspiracy to commit racketeering, conspiracy to distribute controlled substances and possession of a firearm in furtherance of a drug trafficking crime.

Last month, the Brooklyn rapper made a plea for help on Instagram. “This is a public service announcement to all my fans and very important friends. I’ve been incarcerated for almost one year now, exhausted all remedies and spent a significant amount of money on legal fees to prove my innocence,” he captioned a jail photo of himself. “The charges against me are false, they don’t represent or reflect the person that I am. They are simply using my past criminal history to crucify me in court.

He added, “I’m the same individual that went to city hall and housing projects with @ericadamsfornyc to speak to children and explain to them how shootings and gun violence isn’t the way of life. I’ve visited shelters to feed the people in need all around the world including Africa, donated to back to school drives and not one of my good deeds are mentioned or acknowledged. I’m calling on all the great people with meaningful and powerful voices to help me with this matter. Any help provided will be a blessing, because I feel defeated one’s past shouldn’t be the reason why you can’t be afforded a successful future.”

Casanova is facing a maximum of life in prison if found guilty.