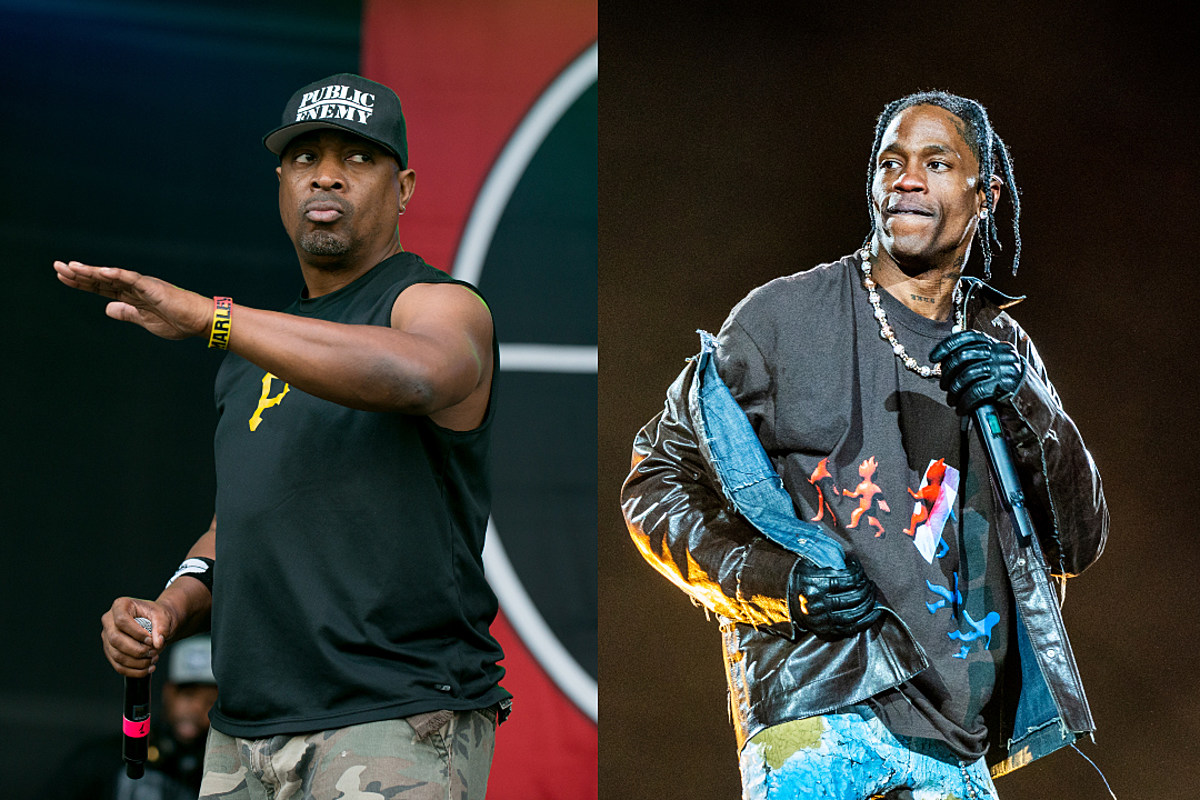 Public Enemy’s Chuck D is coming to Travis Scott‘s defense following the backlash and lawsuits La Flame has been receiving due to the 2021 Astroworld Festival tragedy that claimed 10 lives.

On Friday (Nov. 19), Chuck released a lengthy open letter about the disastrous event that occurred on Nov. 5 at NRG Park in Houston, Texas. In the letter, the “Fight the Power” MC attempts to shut down the narrative that Travis is mostly at fault in the situation. “I cannot believe we’re at the point where I gotta say this out loud: Travis Scott is a performer, an act, not a concert promoter,” the letter starts. “He doesn’t run the sound or venues or festivals or their staff. He doesn’t build stages or coordinate logistics, he’s not an expert in crowd control or security or emergency medical services. But he does trust Live Nation and all the other concert promoters who are supposed to do all of this. And yet here we are, 10 deaths and counting. 10 broken families.”

“The world is mourning,” the letter continues. “I’m tired of these corporations shucking their most crucial responsibility. These folks simply say Rest In Peace and move on. This negligence can’t continue. Folks want answers. I’m not buying the Young Black Man did it. He’s being blamed for a crime while the old white men running the corps that Travis and his fans trusted with their lives stay quiet in the shadows, counting their money and watching their stock prices go up and up. The excuse of Scott’s irresponsible actions don’t wash – if his act had a history of that behavior why promote him to bigger venues, why partner with him in the first place and let him headline a bigger audience? Live Nation controlled this show. They control almost all of the concert venues. Artists ain’t speaking out because these same cats are already bought by these corporations. No one can say a word against them unless they want to be Blacklisted and hurt their careers”

Chuck went on to further call out Live Nation and urged them to take responsibility. “So I am calling on Michael Rapino’s entire team at Live Nation and a consortium of all the major concert promoters out there to do the right thing,” Chuck added. “To step up and step out of the shadows to fix these situations and save lives. To stop letting one Young Black Man take the blame, the hate, the fall. We don’t know everything that happened or exactly what failed. But concert promoters have all the power to make the changes to keep everyone safe and alive.”

In closing he wrote, “Live Nation, your stock is up. The White Corporate Music Biz keeps cashing in on Black Pain, Trauma and Death. This has to stop yesterday. You’re part of the problem. Grow the fuck up, fix this and let us all LIVE in PEACE.”

Travis Scott, along with Live Nation, has been the subject of over 100 lawsuits due to the concert, which turned fatal when a large group of people in the crowd of 50,000 began to surge forward, crushing and trampling dozens of concertgoers. Investigators are still looking into the causes of the tragedy, with pubic outrage currently being placed on all parties involved.

Travis has seemingly been doing everything is his power to try and make the situation right including refunding all paid attendees, paying for the funeral costs of those who perished as well as therapy for those who survived the harrowing event.

Live Nation has been vocal about their actions in the wake of the tragedy. “We continue to support and assist local authorities in their ongoing investigation so that both the fans who attended and their families can get the answers they want and deserve, and we will address all legal matters at the appropriate time,” a rep for the company said earlier this month.