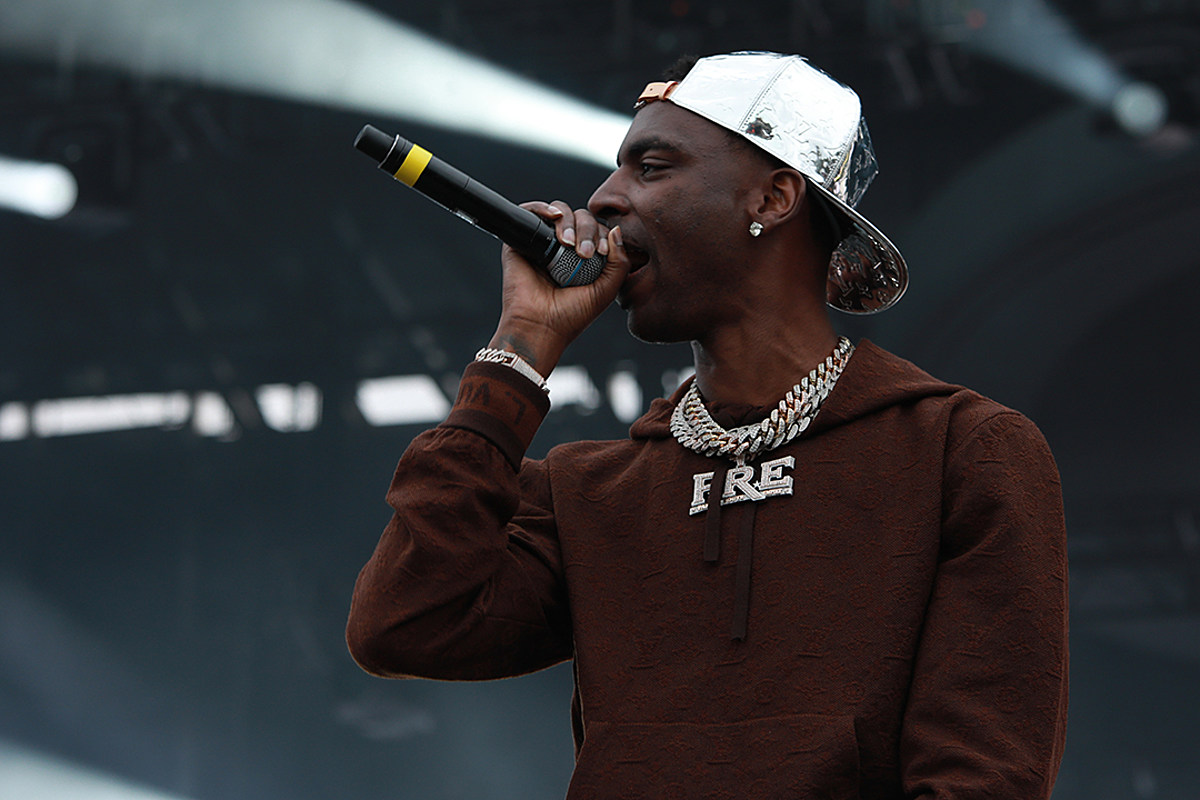 Makeda’s Homemade Cookies, where Young Dolph was tragically gunned down last week, is honoring the Memphis hometown hero in a very special way.

According to a report from WREG on Monday (Nov. 22), Raven Winton, operations manager for the cookie shop, shared that the establishment will be naming their chocolate chip cookie after Dolph as that flavor was his favorite.

Winton told the news outlet that Dolph would tell the staff at the shop that he had to visit after smelling their freshly baked goods when exiting off the highway.

Makeda’s Homemade Cookies has two locations, 301 Jefferson in downtown Memphis and 2370 Airways Blvd., which is where Young Dolph was killed. The downtown location opened its doors for the first time on Monday since the Tennessean rapper’s murder on Nov. 17. The Airways Blvd. location will remain closed through the end of the year.

As a result of the doors of the family-owned, Black-owned business’ flagship location being forced shut following Dolph‘s death and the damages their property sustained, a GoFundMe has been launched to help raise funds for the shop’s repairs—which were denied by insurance because the damages weren’t caused by “fire, flood or natural disaster”—to supplement lost revenue due to them being closed, to help play their employees and help provide grief counseling for the staff of the business who witnessed the murder and tried assist with giving Young Dolph aid prior to his passing at the establishment.

“In the aftermath, the store that was just repaired after burglaries will now have to begin again,” the GoFundMe page says. “Young Dolph was helping them attract more customers by frequently visiting and posting to help increase revenue. Unfortunately, this black owned business is now being forced to repair once more while hurting. They will also be unable to pay their staff or replace their revenue that this main store generates. The staff will also need security as there has been an additional shooting that occurred on the following day steps away their bakery. They will also need grief counseling to process witnessing the murder of someone they considered family.  Also, due to the fact that this tragedy was not fire, flood or natural disaster, their insurance claim was denied.”

Makeda’s Homemade Cookies opened back in 1999 and is named after the owners’ niece, Denise Hill, who died at 6 years old after battling leukemia.

The family of Young Dolph have been severely impacted by his murder and have shared some heartfelt thoughts with the public. On Wednesday (Nov. 24), they released a statement.

“‘If you can talk with the crowd and keep your virtue, or walk with Kings-nor lose the common touch; If neither foes nor loving friends can hurt you; If all men count with you, but none too much; If you can fill the unforgiving minute with 60 seconds worth of distance run- Yours is the earth and everything that’s in it, And-which is more-you’ll be a man my son.’ – Rupard Kipling

There are no words that exist, that sufficiently express the pain we are feeling as a family. Losing Adolph, Dolph, Man-Man, changes our lives forever. And while we will take each day as it comes, we are comforted in knowing that he leaves a legacy that reflects his heart. A heart that was for his family. A heart that was for the people.

As a family, we were blessed to call him our son, our nephew, our brother, our cousin , our partner and our Father. And now, we have the honor of calling him our angel. A role he has always played.”

See the news report on the reopening of Makeda’s Homemade Cookies’ downtown location below.

Sadly, several rappers passed away in 2021.