DaBaby Jokes About Flight Attendant’s Hair Not Being Combed

People on social media and fans of DaBaby have a bone to pick with the rapper who recently made fun of a flight attendant’s appearance while on what appears to be a private plane.

In a video that surfaced online on April 17, which was initially shared on Baby’s Instagram Story, the North Carolina rhymer can be heard criticizing the stewardess’ hair, saying it was uncombed. The clip is captioned, “We ain’t finna act like she ain’t just jump outta bed.”

DaBaby is also heard telling the attendant, “We gon’ pay all that for the flight, you gon’ comb your hair. That’s the least you can do. Bottom line.”

Fans quickly came to the woman’s defense, calling out the Billion Dollar Baby Entertainment CEO for making fun of the flight attendant who was just trying to tend to her work duties. In the clip, the woman doesn’t interact with DaBaby or respond to his jokes.

One person tweeted, “DaBaby is so fucking lame. That’s why that music not charting now. Imagine making fun of someone just trying to fucking make a living. Says more about ur character than it does anyone else. Imagine being a rich bum? Cause no one in the replies are amused….fucking dummy.”

Another said, “She’s just trynna do her job man, this was so unnecessary.”

The former 2019 XXL Freshman catching heat for his comments comes after the rhymer celebrated his latest feat of earning a slew of new RIAA certifications for songs like “Rockstar,” “Suge,” “BOP” and more from his albums Baby on Baby, Kirk and Blame It on Baby.

See more reactions to DaBaby‘s comments about the flight attendant’s hair below. 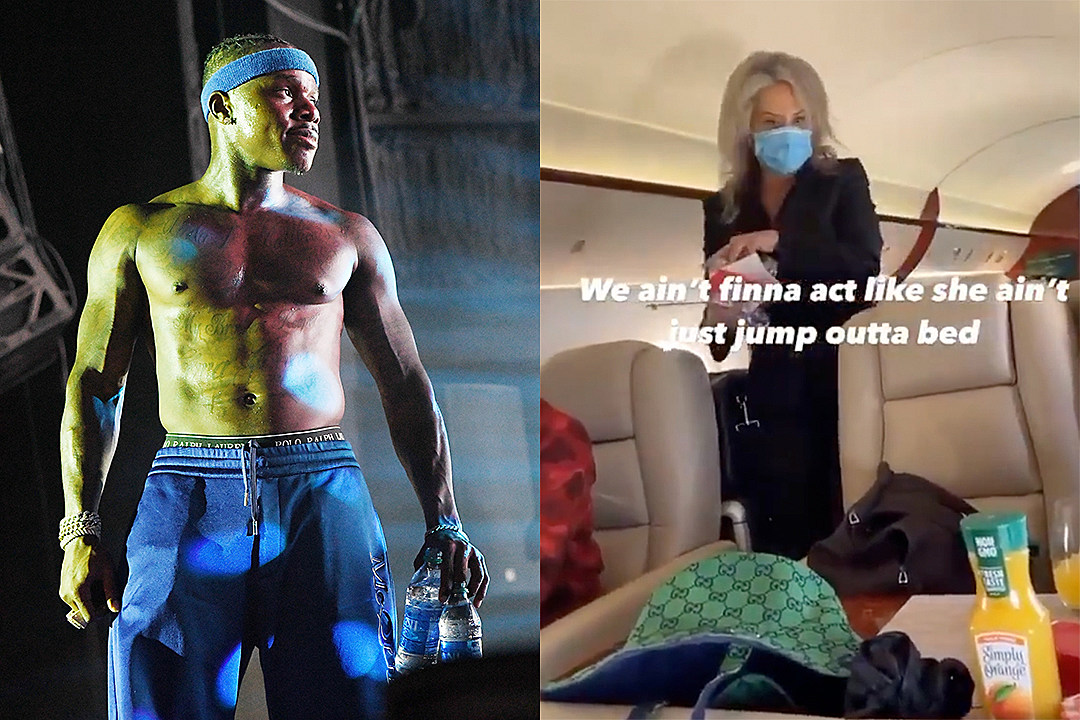