Drake has truly embraced the term “a celebration fit for a king.” To celebrate his Artist of the Decade honor at the 2021 Billboard Music Awards, Champagne Papi rented out a stadium and threw himself a dinner party to celebrate.

On Sunday (May 23), Drake rented out the new SoFi Stadium in Inglewood, Calif, where the 34-year-old singer hosted a dinner held at the 50-yard line. “He rented the entire stadium for the night,” a source told E! Online. “The stadium has a gigantic banner with his name and ‘Artist of the Decade.” According to the same publication, Chris Brown, DJ Khaled, Doja Cat, SZA and The Weeknd were expected to attend Drake’s behalf. Drake’s son, Adonis, who also attended his first award show at his young age, accompanied his father at the event.

In an Instagram post shared to the rapper’s IG about the event, Drake explained how he got to this point in his career. “Never show anger at slight. Tell nothing. Earn respect from everyone by deeds, not words. Respect the members of your blood family. Gambling is recreation, not a way to earn a living. Love your father, your mother, your sister, think harder about who you call your brothers and beware of loving any woman other than your wife.”

The new stadium—which is meant to seat 70,000 people, was not packed to capacity, but that didn’t stop the rapper from partying hard. The lavish dinner included a light show.

“There are huge champagne towers and several bars set up throughout the stadium,” the E! source described. “Drake also has cute album books featuring his favorite moments through his career set up around the stadium.”

While Drake is steadily celebrating his victory, the rapper is also working on his forthcoming album Certified Lover Boy. The LP is long overdue after the rhymer promised he would deliver the project at the top of the year. However, the project was stalled after the rapper injured his knee and required surgery. The rhymer is also reportedly finishing up the LP, but no official release date has been announced 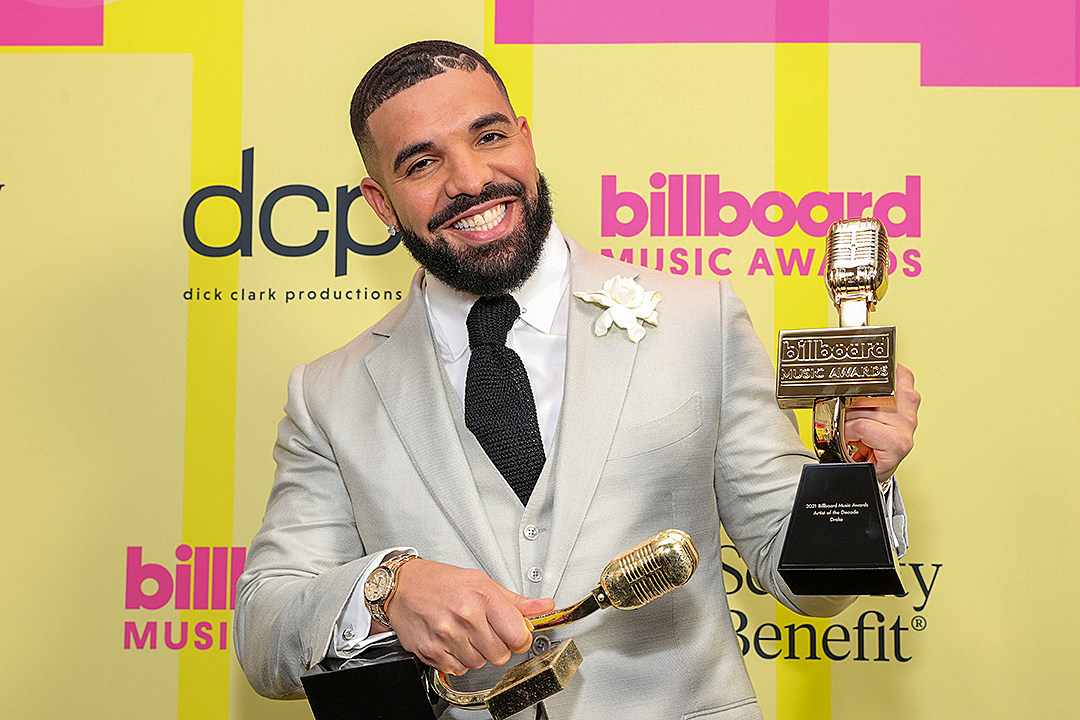