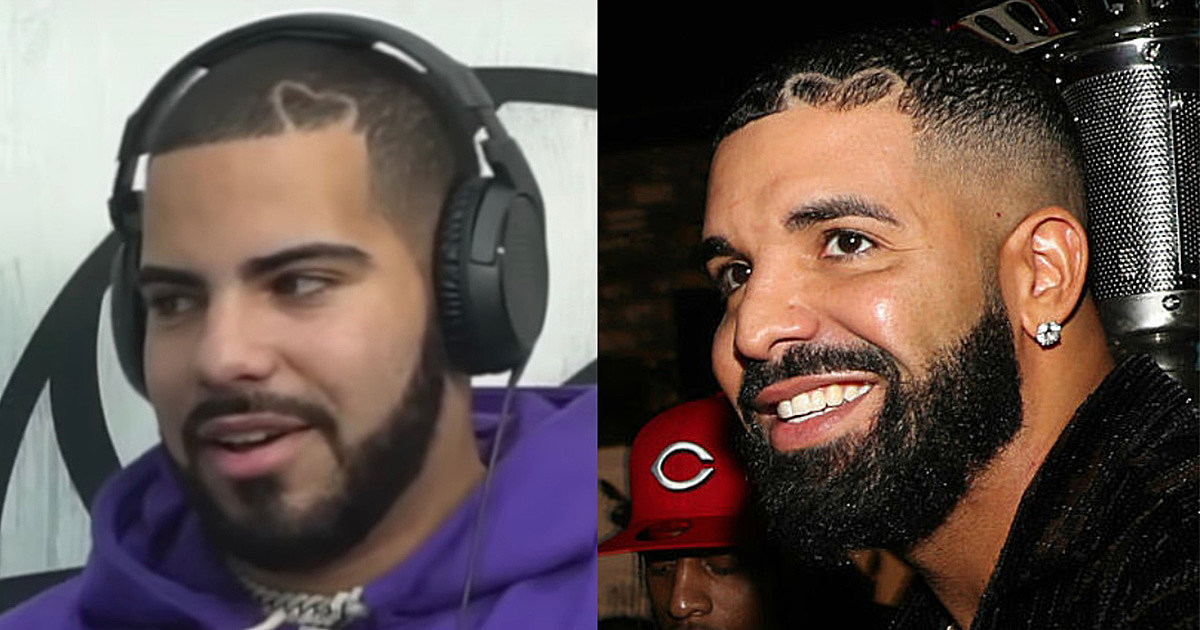 Everyone has a doppelgänger and it looks like Drake‘s is getting paid to make appearances at parties.

A 22-year-old man, whose name is Izzy but goes by Fake Drake, recently revealed that he gets paid $5,000 for event walk-throughs. The Drizzy impersonator, who is from Toronto like the 6 God and dons the same Certified Lover Boy haircut as the rapper, explained his hustle.

“I’m touring, I’ve got some music events I gotta show up to,” he explained during an appearance on the No Jumper podcast, which was uploaded to YouTube on Monday (Nov. 15). “People DM me like, ‘Hey, you wanna come to my event because I can’t pay Drake—he’s too expensive. I’ll pay you $5,000.’ $5,000 just to show up. They pay my Airbnb, they pay the flight, they hook it all up.”

Fake Drake also shared that he hasn’t been back to Toronto since arriving in Miami. It’s unclear when he first made his trip to South Florida.

Drake’s look-a-like explained how all of this even came about, saying that it started with a flight to Miami.

“I took a trip to Miami,” he began. “It’s just like like, ‘Hey, I’m gonna check it out. I’ve never been there. So I went on a vacation, I’m actually from Toronto, too. So I took a vacation to Miami [and] I showed up to Lil Wayne’s performance—it was in Miami. So I showed up, was just partying. A lot of people, a lot of attention on me.”

He also credited Tory Lanez for his popularity after the Canadian crooner posted a video of Fake Drake and also Lil Wayne on social media. The three men were all at the same club that night, and from there, the rapper-impersonator blew up.

The faux Drizzy also said that a Las Vegas professional gambler informed the real MC of his impersonator and said Drake doesn’t mind his look-a-like securing the bag off of their similar looks.

“He got in contact with Drake and Drake was just like, ‘It doesn’t bother me, it doesn’t affect me. Let the guy get his bag. It’s not affecting me. If you think it’s gonna go wrong if you’re posting him on your [Instagram Stories] and everything, just keep the peace,'” fake Drake recounted. “He didn’t really give a fuck, you know? That was the whole thing.”

Fake Drake added, “I’m just being humble, I’m doing my thing. I got kids—I’m doing this shit for my family.”

Check out the interview featuring Drake’s look-a-like below.

Life Lessons From Drake That Young Rappers Can Learn From

See Life Lessons From Drake That Young Rappers Can Learn From