Lil Nas X Splits His Pants While Performing on SNL

Lil Nas X let it all hang out during his debut on Saturday Night Live on May 22.

The “Old Town Road” artist was the musical guest on the long-running sketch comedy show, where he performed his two latest singles “Montero (Call Me by Your Name)” and “Sun Goes Down.” During his sexually-charged rendition of “Montero,” which included several male dancers and X himself performing on a pole, the Atlanta rhymer’s pants split mid-performance. Right before the awkward moment, X is gyrating on the pole. He spins around and grabs his crotch with a very surprised look on his face. He continues to perform, holding himself the for the duration of the set.

Shortly after the show, Lil Nas X hopped on social media to comment on the embarrassing incident. “NOT MY PANTS RIPPED ON LIVE ON TV,” Nas X tweeted. “OMFG NO.”

He added, “I wanted to do my pole routine so bad this what i get lmaoo…I know i do a lot of planned shit but ripping my pants on live television is not one of them…At first i was afraid to even perform. then we rehearsed for 2 weeks, then all of the dancers got removed because one had covid and new ones had to learn the routine in 24 hours, and then i ended up ripping my pants and couldn’t finish. everything happens for a reason tho lol.”

He later posted a clip of the incident on Instagram, laughing at the blooper.

Lil Nas X’s appearance on the Saturday Night Live comes a month after the show made a skit that featured an actor impersonating X twerking on God, in response to the outcry about X twerking on the Devil in his “Montero” video. 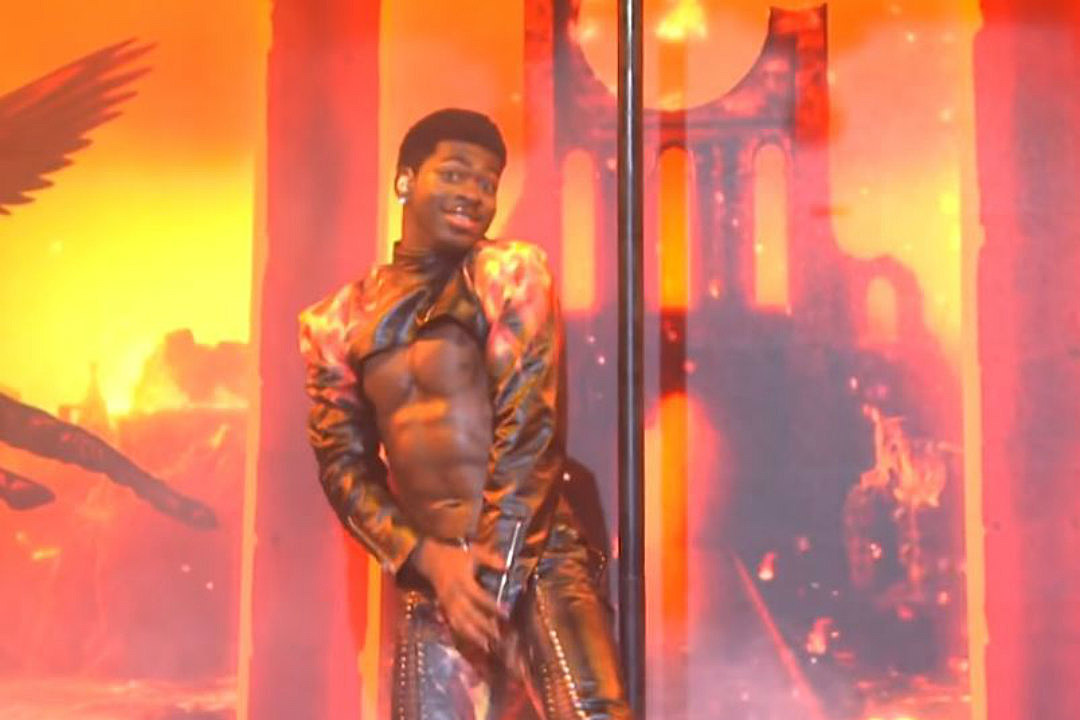