Moneybagg Yo Interview: New Movie, Yo Gotti’s Advice and More

My Time
Moneybagg Yo has been patiently waiting for his time to shine. After securing a No. 1 album this year, the Memphis rapper has his eyes set on movie roles and executive aspirations.
Interview: Bianca Torres
Editor’s Note: This story originally appeared in the Summer 2021 issue of XXL Magazine, on stands now.

With nearly a decade in hip-hop at his back, 20 projects deep, and 12 gold and platinum certifications, Moneybagg Yo is finally getting his flowers. His fourth studio album, A Gangsta’s Pain, which dropped in April, hit the No. 1 spot on the Billboard 200 chart two times in May. The project is driven by the hit single “Time Today.” He was able to knock DJ Khaled’s Khaled Khaled LP from the coveted top position, securing Bagg’s second week at No. 1. In a time when hip-hop is still feeling the negative effects of the pandemic with no touring and limited shows, the 29-year-old artist understands the blessing he’s received with this accomplishment.

Bagg, who signed to Yo Gotti’s CMG label and Interscope Records in 2016, has a proven track record for success with his recent releases. Over the last year-and-a-half, the Memphis native has been on a hot streak leading into his album. Now, the respected rhymer, born DeMario DeWayne White Jr., is focused on his upcoming A Gangsta’s Pain deluxe album, which will feature Lil Durk, Pooh Shiesty and EST Gee, among others. After the LP drops this summer, he’ll follow that up with I Stamped That, a compilation mixtape featuring the artists on his own indie label, Bread Gang.

On a sunny afternoon in May, Bagg, who’s dressed in a Gallery Dept. gray sweatsuit with a black fitted hat to the back, is in good spirits. As he rides in the backseat of a black SUV in New York City, the Bread Gang leader opens up about his No. 1 album, the knowledge he’s gained from Yo Gotti, making life decisions, the artists on his growing label roster and why he doesn’t want his kids to follow in his rap footsteps.

XXL: How does it feel to have your album A Gangsta’s Pain go No. 1 two times in the same month?

Moneybagg Yo: It feel good. Twice in one year, that’s hard. That’s a blessing. This is my real life. This is like, without music I feel I’m nothing, you know what I’m saying? Like me, I got a real passion for this game and it’s just drive. I keep that drive. With A Gangsta’s Pain, it took me almost a year to make that project. Because I had to live. I had to go through things. I had to keep experiencing like, I’m human, too.

You mentioned on your song “FR,” from the album: “Forgive me if you met me on them Percs, them was the worst days.” Why did you want to speak about that on the song?

Yeah, because I was just… It had you aggravated. Sometime, Wockesha can do that, too. Like, it can have you aggravated, but that’s why I say, I feel like, when people do that, they supposed to do the drug, don’t let the drug do you. So, I feel like I just use it to the best of my ability. I don’t dog it out. I don’t do anything like that.

Why did you stop taking Percs?

I just wanted to be more disciplined with the lifestyle and just, Oh, this affecting me in this way? I’m gonna eliminate this. I’m gonna stop with this ’cause this do that. I want to do something. I wanna be like this so I got to strive for it. That’s what it is, discipline.

How has life changed for you since linking with Yo Gotti and Interscope?

It’s changed tremendously. I’m transitioning to movies, clothing, [the] real estate game. I’m understanding the value of plain watches. And, I’m also trying to balance real life with this. I’m at that point. ’Cause you gotta give your family the time. You gotta try to fit it in some kind of way and find that balance. That’s where I’m at right now.

What has Gotti taught you?

He put me on the real estate game and the plain watches wave. He put me on that whole wave. And then, you know, somebody said to me like, it always stuck with me from the first time I signed with him, it’s just chasing your dreams, then you go chase the money. Or you really don’t even chase the money. You chase your dreams and you gonna be able to count all the money that’s gonna come to you. That stuck with me.

How do you balance being an artist and getting your label Bread Gang off the ground?

When you do that, you understand the people struggle. I know what they’re experiencing and what they going through. At the same time, I feel like you got to have people in place for that. You building up, you gotta start from somewhere.

So, I don’t wanna start when I get like…when you feel like you done with rapping, then I’m gonna start a label. No. You got to go on and prepare, you gotta butter it up. You got to get it ready to be the biggest brand in the world. So, I feel like that’s what I’m trying to do with Bread Gang.

What are you doing to butter it up?

I got artists like Big30, TripStar, like pressure. I got this R&B singer I’m fixin’ to getting ready to release, too. I feel like it’s good to drag them while I’m hot. Just like [Lil] Wayne did with Drake and Nicki [Minaj]. He was still going [and] he bringing them with him. That’s how we doing it.

What do you look for when you sign people to your label?

You got to, first of all, you got to listen. You can have the talent. It’s cool, everybody has the talent, but it’s more than that to be a successful star. You gotta be able to listen and take constructive criticism and different stuff like that, you know what I’m saying? And you just gotta be on time. I’m learning that, too.

What can you tell us about the movie role you have coming up?

Yeah. I got a short film coming soon. I want to release it with the deluxe [album]. I’m acting. I’ve been wanting to drop this movie, but I feel like it’s perfect timing. I feel like it ain’t happen right when I wanted it to happen. Now, it’s coming together more ’cause I feel like the timing is preparing itself, this is when it’s gonna be.

I’m gonna actually have this in the movie, like at the beginning of the movie when it open up. [As a kid], I remember my mama and my uncle and my auntie, they was all crowded around, they was in the kitchen at the table. I just walked in there and I’d seen them, they just had the light bill in their hand like, all them just trying to get it together and all that. And I busted out.

That motivates you to work hard for yourself and family. You have eight kids, four boys and four girls. How do you balance fatherhood and being a rapper?

It’s hard trying to do it, but I love my kids, and you know what you supposed to do. You know your responsibilities. So, that’s the type of vibe [in] my home life. Even if I gotta be in the studio and they in there, that’s how we rocking.

Do any of them have your musical talent? Do you see a future rapper in the making?

I just want them to keep going, stay focused. I’m doing this for them to do other stuff. Whatever it is, it is what it is. If they grow up and they get to that stage, they making they own decision they want to do it. I’m just gonna stand by.

Looking toward the future, what are you hopeful that you’ll achieve next?

Is longevity important to you?

I stand on that. That’s if you want to be a real household name or superstar. Some people only trying to make this amount of money, get in there and do that to do that. Some people trying to really go there, and some people just really have a passion for this situation. And accept everything that come with it. 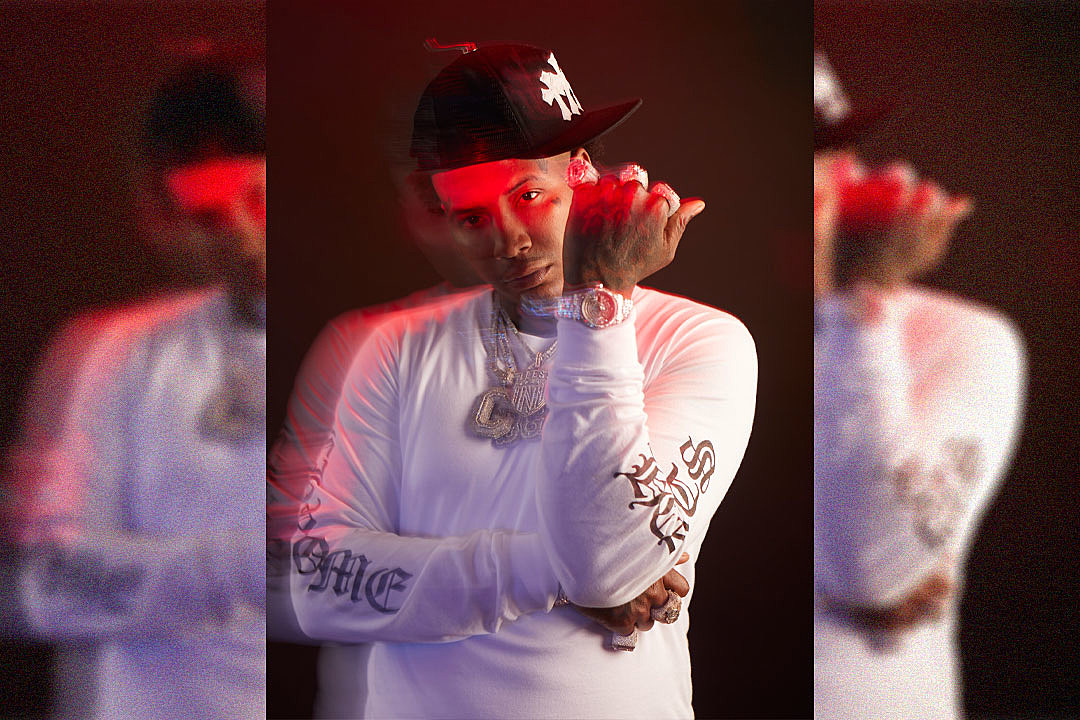