The debate over who should be on hip-hop’s Mount Rushmore for the 2010s has been raging on the internet and apparently Nicki Minaj feels some type of way about being left off LeBron James‘ list.

RapCaviar set things off on Thursday (May 27), when they posted a Mount Rushmore graphic that featured the faces of J. Cole, Kendrick Lamar and Drake. One spot was left empty and had a question mark over it. “Drizzy, K-Dot, and Cole have been undeniable giants in the rap game for quite some time now. Who takes the fourth spot on the Mount Rushmore of the 2010s?” the caption queried.

The internet has been weighing in on the topic for the last two days, with LeBron James offering his vote on Friday (May 28). The future NBA Hall of Famer cosigned Future for the final spot, retweeting the post and typing, “Future Hendrix.”

Nicki Minaj clearly didn’t agree with King James’ choice. In response to his tweet, she shot down his answer and nominated herself. “Never thought I’d get the opportunity to give you the alley oop,” she tweeted. “But you almost had it. It’s N I C K I…EMMMM I N A J!!!!!!!!!!!!!”

Both rappers have strong cases. Future has six No. 1 albums compared to Nicki’s two. They are both clearly two of the most influential artists of the last 10 years.

It’s been almost three years since Nicki put out a studio album, her last being 2018’s Queen. It looks like Nicki is ready to end her hiatus soon. Two weeks ago, she released her 2018 mixtape Beam Me Up Scotty to streaming services and told fans her new album is coming soon. The mixtape release features an updated tracklist with three new singles including the Lil Wayne and Drake collab, “Seeing Green.”

Kendrick Lamar, J. Cole and Travis Scott are just a few of the rappers who haven’t dropped in a while. 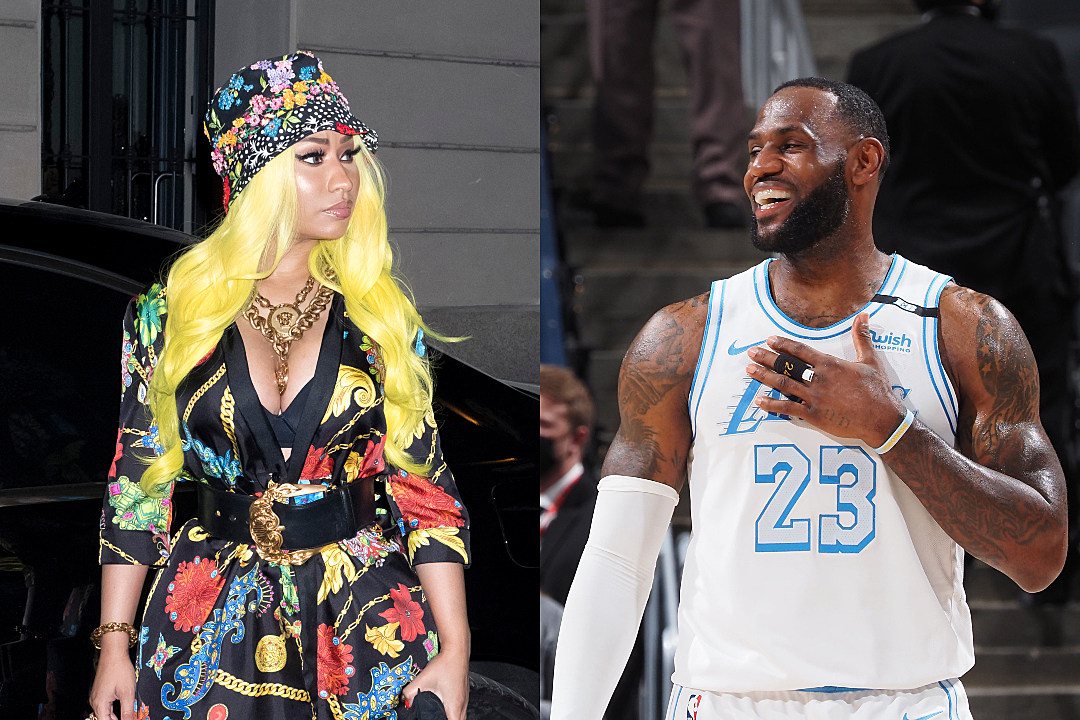