Nike is standing their ground against Lil Nas X‘s recently released collaboration of a Satan-themed Nike Air Max 97 sneaker with Brooklyn, N.Y.-based art collective MSCHF, which appears in the rapper’s controversial new “Montero (Call Me By Your Name)” video. The billion-dollar shoe brand is reportedly filing a lawsuit against MSCHF for misleading buyers into thinking Nike approved the shoe when it was actually a customization done by the art company and Nas X.

According to a report from TMZ on Monday (March 29), Nike claims that they didn’t authorize the reworked sneaker Lil Nas X dropped in conjunction with MSCHF to accompany the release of his single “Montero (Call Me By Your Name),” which arrived last Friday (March 26). Nike reportedly says they are “in no way connected with this project.” The sneakers appear in the video being worn by the Satan actor, which can be seen beginning at the 2:27-mark of the visual.

Nike is suing MSCHF for trademark infringement because their signature Swoosh logo is featured on the Satan-inspired shoe. The company is seeking damages and wants all sales from the shoe to be blocked from Lil Nas X.

The sneaker conglomerate also notes that MSCHF buys shoes from Nike, modifies them to fit their own brand and resells for much higher than Nike’s initial retail price.

Lil Nas X apparently caught wind of the Nike lawsuit and posted a short clip on his Twitter page from an episode of Nickelodeon’s Spongebob Squarepants, featuring the character Squidward begging for spare change.

The artist captioned the clip, “Me after the nike lawsuit.”

As previously reported, the Satanic-inspired shoe, which supposedly contains a drop of blood, also features a bronze pentagram and an inverted cross. The black-and-red Nike Air Max 97 sneaker, which was reportedly being sold for $1,018 and sold out on March 29, and also references a Satan-related scripture from the Bible, specifically Luke 10:18: “I saw Satan fall like lightning from heaven.” There is a presumed connection between the price and scripture. There were a reported 666 pairs of the sneakers, although they apparently sold out in under one minute.

Lil Nas X even shared a video on his YouTube page on Sunday (March 28), which was labeled an apology regarding all the backlash over the Satan themes, but in all actuality the video just features the Georgia rapper holding the sneaker and clips of his “Montero (Call Me By Your Name)” video.

XXL has reached out to a rep for Lil Nas X, Nike and MSCHF for a comment on the lawsuit. 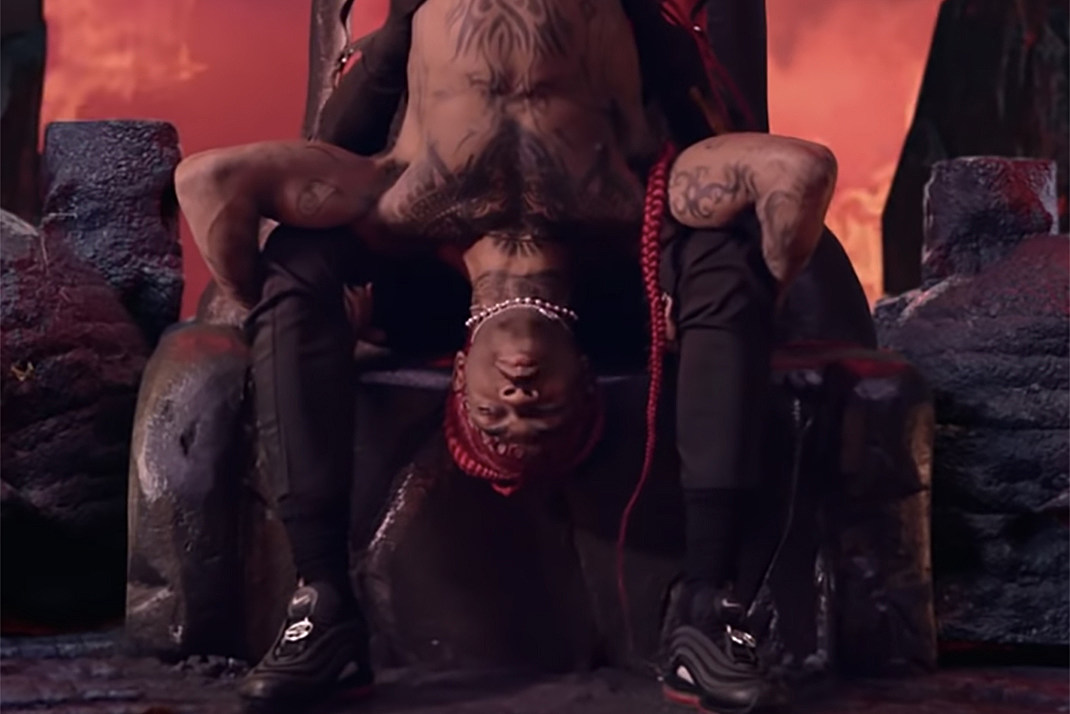