Pop Smoke‘s second posthumous effort, Faith, arrived today (July 16) at midnight. And while many are speaking on the project overall, some are zooming in on a bar Pusha T dropped on Pop’s track, “Tell the Vision,” featuring Kanye West, which social media seems to believe is a diss towards Drake.

On the line in particular, King Push rhymes, “The crown is only for the king, they tryna place it on a clown.”

While it’s unclear who Pusha is referring to because he opted against a name-drop, people are speculating that the bar was a jab at Drake, Pusha T’s known rap enemy.

One person tweeted, “Lmao @PUSHA_T cannot be relevant without going at Drake. He proves that time & time again. Tell The Vision was almost a good song.”

Another wrote, “Clout chasing at an all time for a so called “real nigga”. He can’t sell a record without subbing the dude from Toronto,” presumably referring to Drizzy who hails from the Canadian city.

Pusha T and Drake’s beef dates back nearly 10 years ago when the Virginia-bred rhymer was still one-half of The Clipse with his brother Malice. However, things definitely came to a head in recent years when the G.O.O.D. Music president came at the 6 God on his 2018 album Daytona. Pusha, who is usually relentless with his pen, took shots at Drizzy on “Infrared.”

And Drake, who rarely backs down from a challenge, fired back with “Duppy Freestyle,” a joint that contains disses towards both Pusha and Kanye West.

Tensions thickened when Pusha T dropped “Story of Adidon,” and released accompanying artwork that featured an old photo of Drake wearing blackface. Pusha made another merciless move, revealing that Drake has a son, information that the public wasn’t privy to yet.

In response, the OVO Records head honcho offered “Emotionless” and “March 14” on his 2018 LP, Scorpion, sharing that he does have a son whose name is Adonis and the child’s mother is former adult film star Sophie Brussaux.

The hatchet has yet to be buried and whether or not this will ever happen remains a mystery, or maybe even a rap beef that’ll never be resolved.

In any event, take a look below to check out more reactions to the bar folks think Pusha T made towards Drake on Pop Smoke’s new song, “Tell the Vision,” featuring ’Ye.

Scroll down to listen to the song for yourself, too. 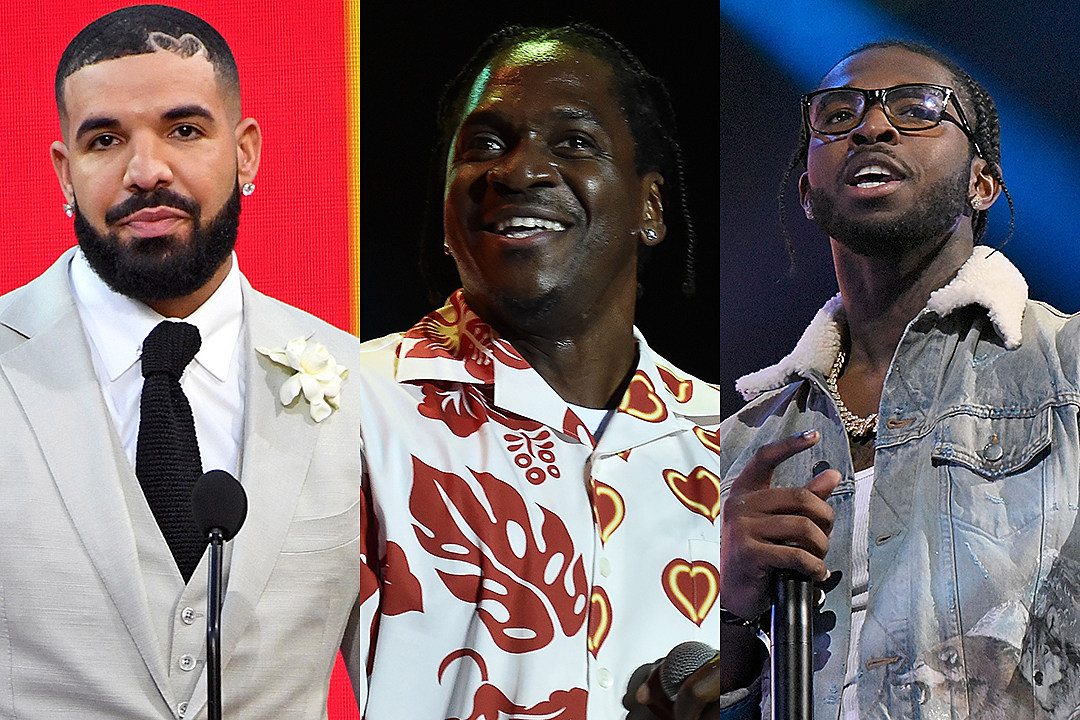