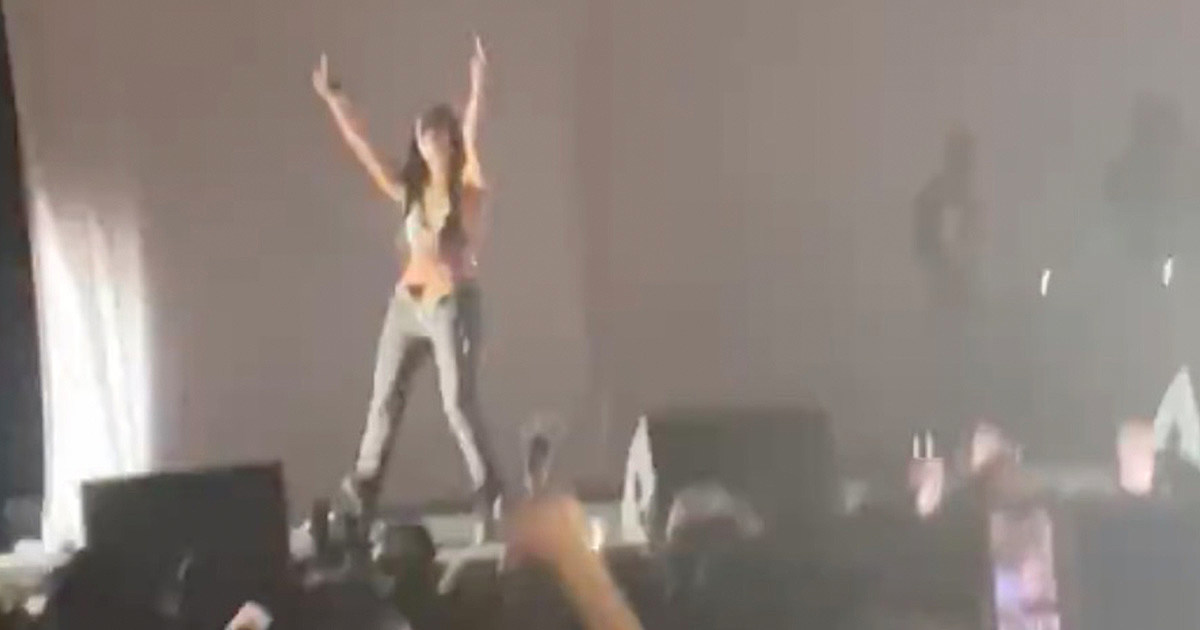 Rico Nasty had a rough show on a recent stop on Playboi Carti‘s tour.

Carti is on the road for his King Vamp Tour (formerly known as the Narcissist Tour) along with Rico and Ken Car$on. However, during a recent stop in Los Angeles on Saturday (Nov. 6), the crowd turned on the Nightmare Vacation rhymer while she was performing.

Video captured of the concert shows Rico reacting to the poor reception. “This is what the fuck we gon’ do for you disrespectful muthafuckers out there. Bitch, we gon’ sit in muthafuckin silence,” she can be heard screaming from the stage. “Don’t you fucking play. What you think this is? It’s not that.” The crowd then starts to chant Carti’s name. “This is fucking lame,” Rico adds. “He doesn’t even know you guys.”

The slight by Carti fans clearly left Rico perturbed. The following day, she went on Twitter and snapped on a couple of people who had something to say about the situation. “Those niggas would spit on [you in real life] it’s pathetic,” Rico responded to a fan wrote, “We’re not anti-Black, we just want to see Carti and Ken Car$on more than you.”

“Carti owns you,” another person posted, which prompted the Rico response, “He won’t let u suck his dick bro leave him alone.”

Rico stood on her statements. “Yeah I said it. Not deleting shit. Try me again. [I’ll] fly off stage and possess you,” she added. “Y’all mothers should have swallowed you little pissy frogs.”

Carti’s tour kicked off last month and has already featured some wild moments. A fight broke out during the second show in Charlotte, N.C., leaving at least one fan bruised and bloodied. A fan showed up to Carti’s tour stop in Houston wearing an ankle monitor, only to have the show canceled.

Which album do you think received the most criticism?