Pop Smoke‘s older brother, Obasi Jackson, has spoken out on the new details regarding the rapper’s murder that have emerged from the preliminary hearing for one of Pop’s alleged killers.

On Friday afternoon (May 7), Obasi shared a written post on his Instagram page, which says, “Somethings not right about this case! The info not matching and ppl moving crazy. Bashar on God we getting to the bottom of it I’m sorry da real wasn’t with you. I’m sorry you said niggas would shoot back and they didn’t. I’m sorry you thought nighas would fight for you and they’re not even doing that in death. It seems you were more valuable alive. Everybody gets mad when I speak up cause it threatens [their] position in this gang shit. Since you been away pop, people’s love have been M.I.A.”

Pop Smoke’s brother‘s social media post comes after reports surfaced online that the day Pop Smoke was a victim of a deadly home invasion in February of 2020, he was kicked after being shot. Pop was lying on the ground at the time when the intruders began kicking him.

Two LAPD detectives reportedly testified in court on Thursday (May 6) during the preliminary hearing for Corey Walker, 20, who was among the five people arrested last July in connection with Pop’s murder.

One of the detectives spoke with a woman, who was at the home on Feb. 19, 2020 when the tragic shooting took place, and shared the accounts the woman told authorities that day.

The detective testified in court that the intruders entered the Hollywood Hills home from the second floor balcony while Pop Smoke was in the shower. The woman was in the bedroom, which was connected to the bathroom Pop was in.

After Pop was shot, the investigator said the rapper got up and ran down the stairs. The detective then said the woman heard additional shots fired and called for actor Mike Dee, who was also reportedly at the home, to call for help.

An Infinity car that was spotted on the surveillance camera, presumably outside of the home, was also traced back to Corey Walker, who along with Keandre Rodgers, is facing the death penalty or life in prison without the possibility of parole. 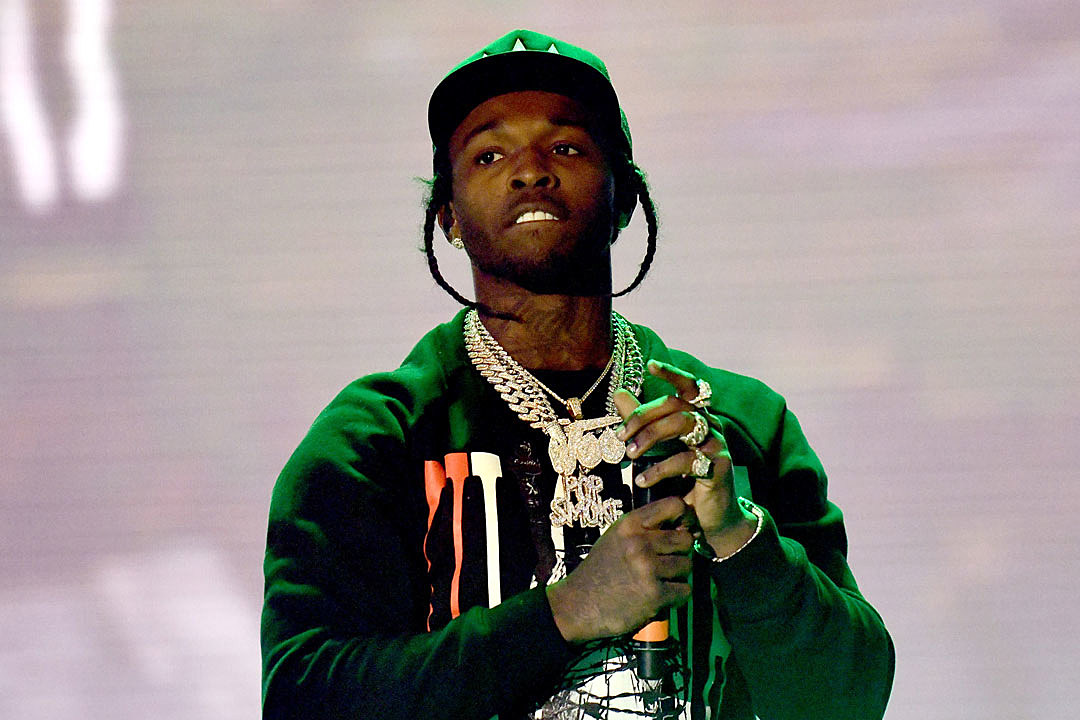