On Thursday (June 10), the Migos rapper finally confronted Big Perk on ESPN’s First Take after the two traded shots with each other on social media this past week.

On the sports program, Quavo was asked why he called out the former Cleveland Cavaliers player on the track “Fuck 12,” from his 2018 debut solo album, Quavo Honcho. The Atlanta rapper responded that he was rapping straight facts when he rhymed, “Get no playin’ time, Kendrick Perkins (Aye),” in reference to Perkins not playing at all during the Cleveland Cavaliers’ playoff run to the 2018 NBA Finals, as reported on Deadspin yesterday (June 9).

Quavo added that when Perkins dissed his bars on the song, seemingly referring to Perks’ Twitter jab, he had to respond with a meme of Perkins getting an uppercut with a fist emoji.

But Big Perk wasn’t having it. He told Quavo that when he was playing on the Boston Celtics team, presumably when the Celtics went to the NBA Finals in 2008, he was putting up big stats.

“When I was putting in work you probably still had Similac on your breath when I was helping the Celtics go to the Finals,” Perkins said.

“At the end of the day, when I was putting in work I was doing my thing,” he added.

After a few minutes of going back-and-forth, Quavo was able to quash his disagreement with Perkins.

Quavo, who is a pretty good basketball player himself, even said that he would do song for Perkins’s kids since they love his infamous line on “Fuck 12.”

“It’s all love there was no beef. If it was beef we would have made hamburgers,” added Perkins.

Prior to Quavo and Perkins hashing out their differences with help from the co-hosts on First Take, Kendrick Perkins also threw a jab at the Migos‘ performance at Floyd Mayweather and Logan Paul’s exhibition fight at the Hard Rock Stadium in Miami on June 6. Perk, who has said from the beginning of his feud with the ATL-bred rhymer that Quavo shouldn’t be a solo artist, tweeted, “I see @QuavoStuntin still dropping them trash a$$ bars!!! Carry on…”

The settled feud comes one day ahead of the release of Migos’ Culture III album, which arrives at midnight on Friday (June 11).

You can watch Quavo and Kendrick Perkins trade shot on ESPN’s First Take below.

See the Most Memorable Lyrics From Rappers Under 25 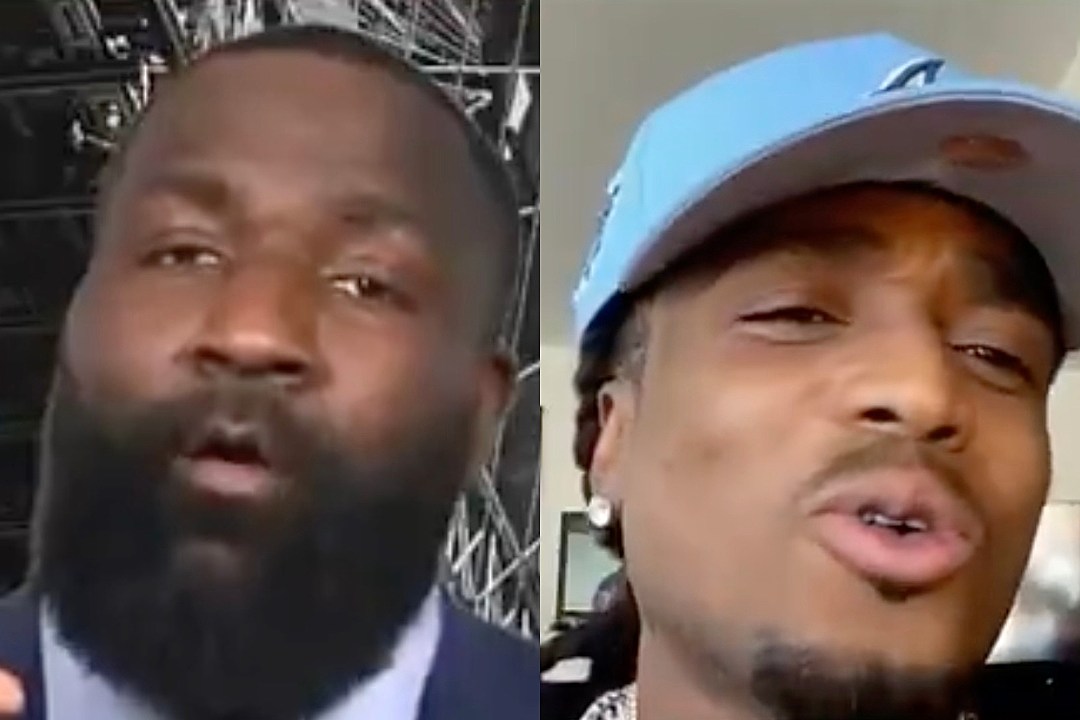