The Los Angeles Police Department is looking into the elevator altercation between former couple Quavo and Saweetie.

According to a report from TMZ on Thursday (April 1), the LAPD has viewed the leaked surveillance footage shared by the outlet earlier this week and wants to speak with the rappers about the incident that allegedly took place back in 2020.

Sources claim that the altercation could be considered a domestic violence case where both Saweetie and Quavo are at fault. Nonetheless, law enforcement is trying to figure out what happened prior to the incident as well as after the video footage cuts off.

The video clip first surfaced on Tuesday (March 30) and starts off with Saweetie swinging at Quavo who then pulls her into an elevator and shoves her to the ground with his body. The former couple appear to be fighting over an orange Call of Duty game case. The contents inside of the case are unclear.

The Bay Area rhymer remains on the ground for the duration of the elevator ride. Quavo and Saweetie then arrive at a floor, which appears to be their own. The “Best Friend” artist struggles to pick herself off the floor and limps out of the elevator as the door is being held open by Quavo and the orange game case.

The video footage surfaced less than two weeks after both Saweetie and the Quality Control Music artist confirmed that they’re no longer together.

Saweetie first broke the news on March 19 that she and the Migos member had parted ways after nearly three years of dating.

XXL has reached out to a rep for the LAPD for a comment. 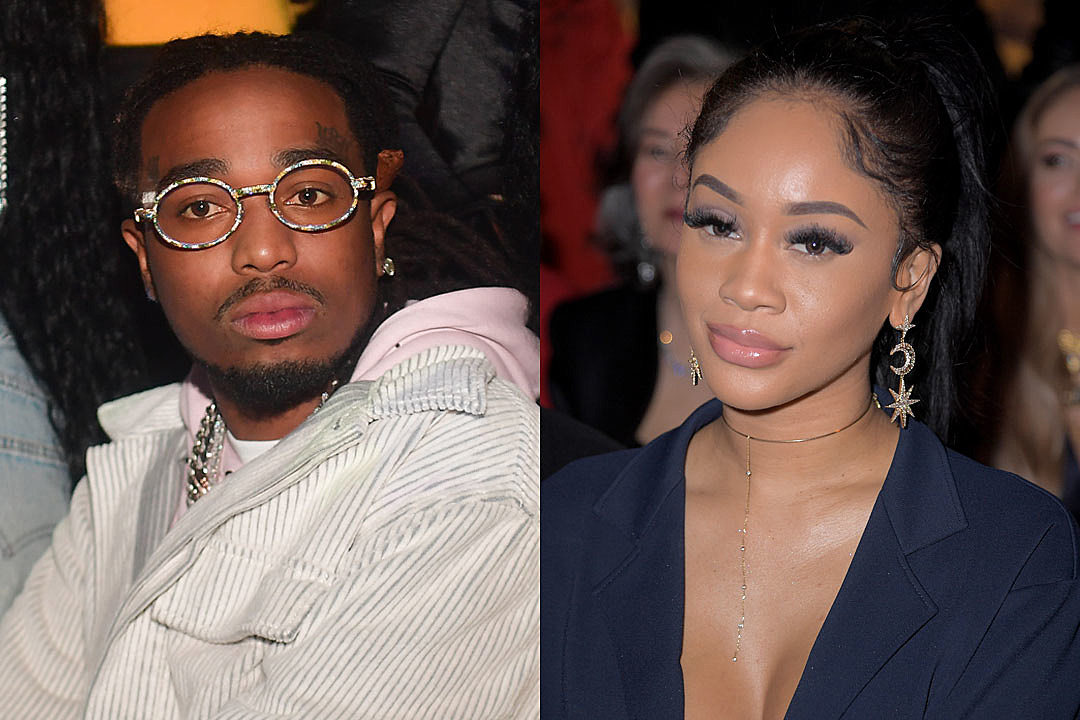