Rihanna Covers Up the Matching Tattoo She Had With Drake

Rihanna has the streets talking after she appears to have covered up the matching tattoo she once had with Drake.

While out on the town this week with boyfriend, A$AP Rocky, photographers snapped images and took video of the new couple on a date in NYC. Within those pictures, the shark tattoo that Rih had done back in around September of 2016 has been covered with a crown. Shortly after Rihanna had the tat done, Drizzy appeared with a very similar one, thus sparking speculating of their matching artwork.

According to a 2016 report in Vanity Fair, the artwork was symbolic of a stuffed animal shark that Drake had supposedly given Rih around that time when they went on a date at Toronto’s aquarium.

Keith McCurdy, also known as Bang Bang, the artist responsible for the ink, told VF about the tatt nearly five years ago. He said, “The significance is personal. That’s really all I can say. I’ve seen many people guessing the meaning online, but it’s not my place to share publicly. I will say, I’ve made many tattoos for Rihanna and this one was my favorite!”

Drake‘s version of the tattoo is on his arm.

News of Rih’s new tattoo coverup comes hours after video footage began circulating online of the singer and A$AP Rocky being denied entry into an NYC bar without showing a bouncer identification.

Although Rihanna and Rocky are clearly official now, rumors of their romance hit the net back in January of last year.

Check out Rihanna and Drake’s tattoos below.

See reactions to Rihanna covering up the matching tat below. 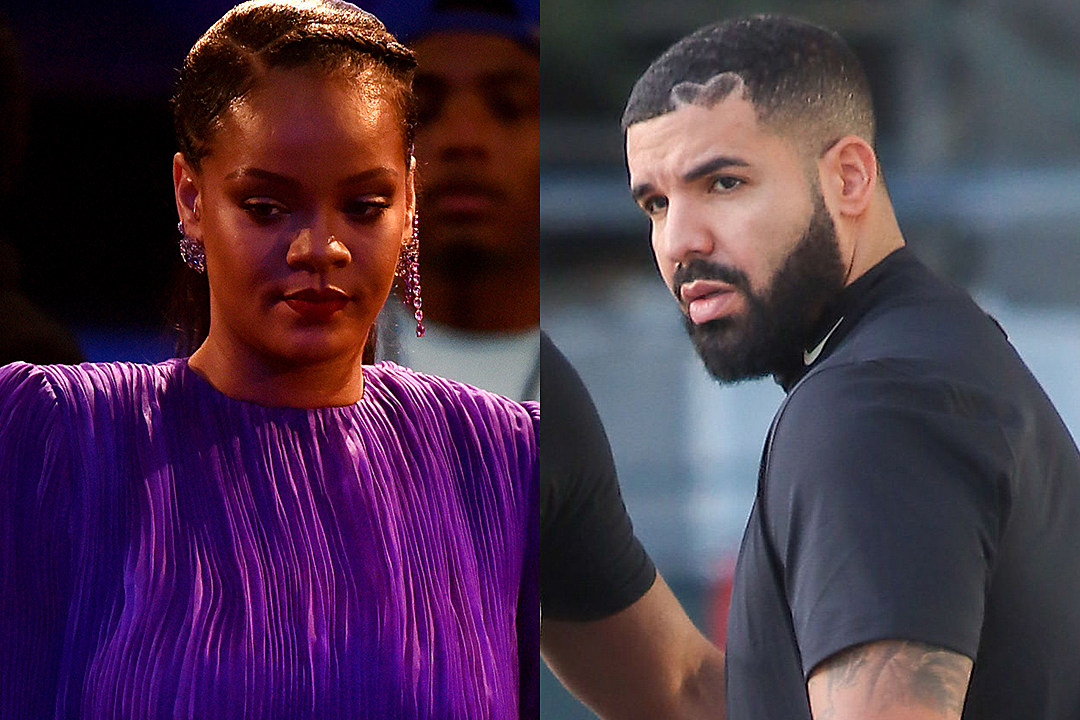