A large portion of the hip-hop community and fans of rap music have been expressing their hopes that DMX, who is currently in ICU after suffering a heart attack due to an alleged drug overdose, pulls through. Sada Baby also wishes that X makes a full recovery, but when sharing his message about the lauded rapper, Sada made an extremely harsh comment pertaining to Lil Nas X.

In an Instagram Story post on Sunday (April 4), which has since been deleted, the Detroit rhymer wrote, “Lord we said Nas X, not DMX,” including an emoji of a man palming his face.

Many took the comment as Sada wishing death on Lil Nas X and accused the Skuba Sada 2i artist of being homophobic for a second time. His now-removed social media comment also follows reports that DMX is currently on life support and being treated in the ICU unit at a hospital in White Plains, N.Y. Initially, reports claimed that DMX was “brain dead” and in a “vegetative state.” However, there is no confirmed truth to those reports. Shortly after, the rap veteran’s attorney, Murray Richman, made a statement saying that DMX was off of life support and breathing on his own. Richman later doubled back and told Rolling Stone that he had been misinformed. As of press time, DMX’s condition is unclear, but it appears that he is still in the hospital.

While Sada didn’t offer any additional details regarding his IG post, it can be presumed that the comments are connected to Lil Nas X‘s recently released video “Montero (Call Me by Your Name),” which shook up the internet last week. In the controversial visual, which contains satanic imagery, Nas X, who is openly gay, is seen giving the Devil a lap dance.

Last October, Sada Baby caught heat because of old homophobic and colorist tweets from 2010 and 2011 that resurfaced online. In the old messages, the Michigan-bred rhymer used homophobic slurs, voiced his dislike for “dark-skinned” people and made light of rape by joking about giving someone a roofie—a slang term for putting a date rape drug in someone’s drink.

Sada’s past tweets regained life on the internet after a Nicki Minaj fan asked him to promote the two rappers’ song “Whole Lotta Choppas (Remix).”

After Sada Baby caught flak for his comments, he pretty much doubled down saying that he didn’t care about his old tweets resurfacing and that he can’t be canceled because he doesn’t engage in “a part of that fake ass world anyway,” seemingly referring to social media.

Check out some tweets in response to Sada’s IG post about Lil Nas X below. 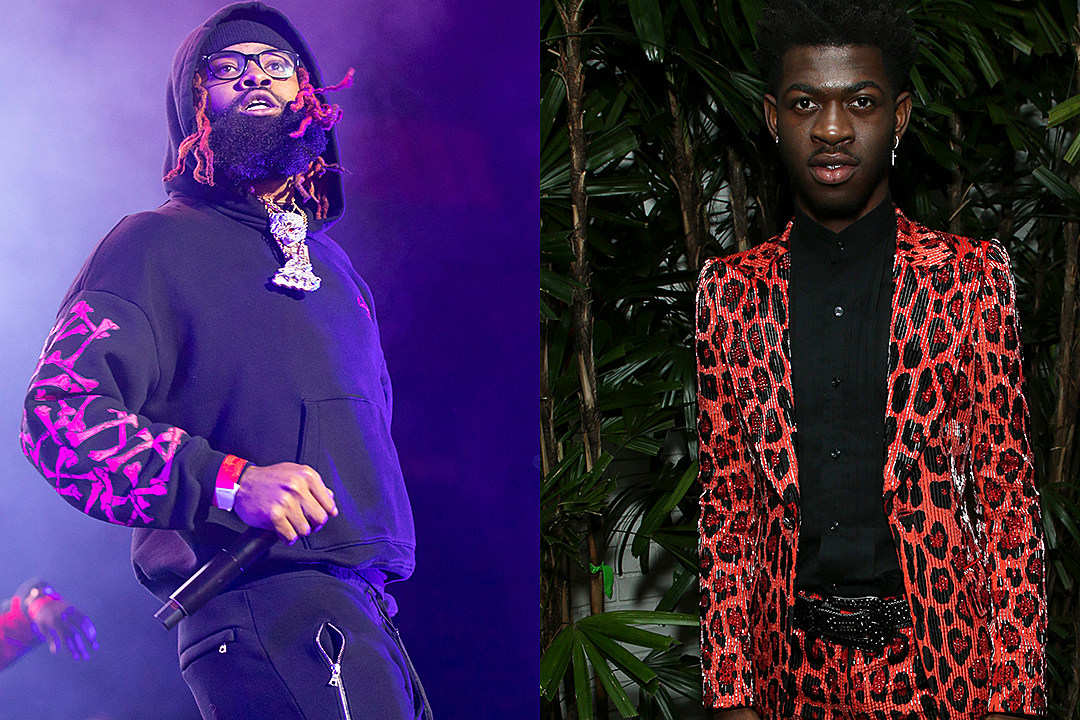