Saweetie Says She Has PTSD From Hot 97 Interview, Ebro Responds

Three years after Saweetie‘s Ebro in the Morning interview with Hot 97’s Ebro Darden and co-hosts Peter Rosenberg and Laura Stylez, the California-bred rapper is opening up about how the criticism she received following a freestyle she did on the radio show gave her Post-Traumatic Stress Disorder.

During Saweetie’s talk with Cosmopolitan‘s Rawiya Kameir for their April cover issue, the “Back to the Streets” rhymer confessed about how the video-recorded interview gave her PTSD. Saweetie didn’t name-drop Ebro during her conversation with Cosmo, but it can be presumed that the radio personality is who she is referring to.

“It was a really dark point in my life,” she explained. “I went from being so loved so quickly because of ‘Icy Grl’ to, on my first promo run, well, you saw the interview. The script flipped really quick, like night and day. I was like, Wait… I had PTSD from that.”

After waking up as a trending conversation on Twitter, Ebro responded to Saweetie’s interview. “Apparently having an opinion on her freestyle rap gave Saweetie PTSD…. should I feel bad?,” he tweeted.

In the original 11-minute clip, Saweetie arrived to the New York City radio station‘s set in all black and a luxurious mink coat. When it came time for the “Tap In” rapper to spit, she fearlessly took off the fur and delivered 16 bars off the dome. “If you didn’t know I’m the eighth wonder of the sea/If you asking about who’s hot you better ask about me/I don’t know a finer woman with a college degree/How to gossip when you too busy being a queen,” she raps.

“If you was a dude I’d probably be harder on you,” Ebro started before inserting that Saweetie‘s bars were “basic.” Saweetie seemingly took the criticism well in the clip, but it looks like the comments resonated in a not-so-positive way. 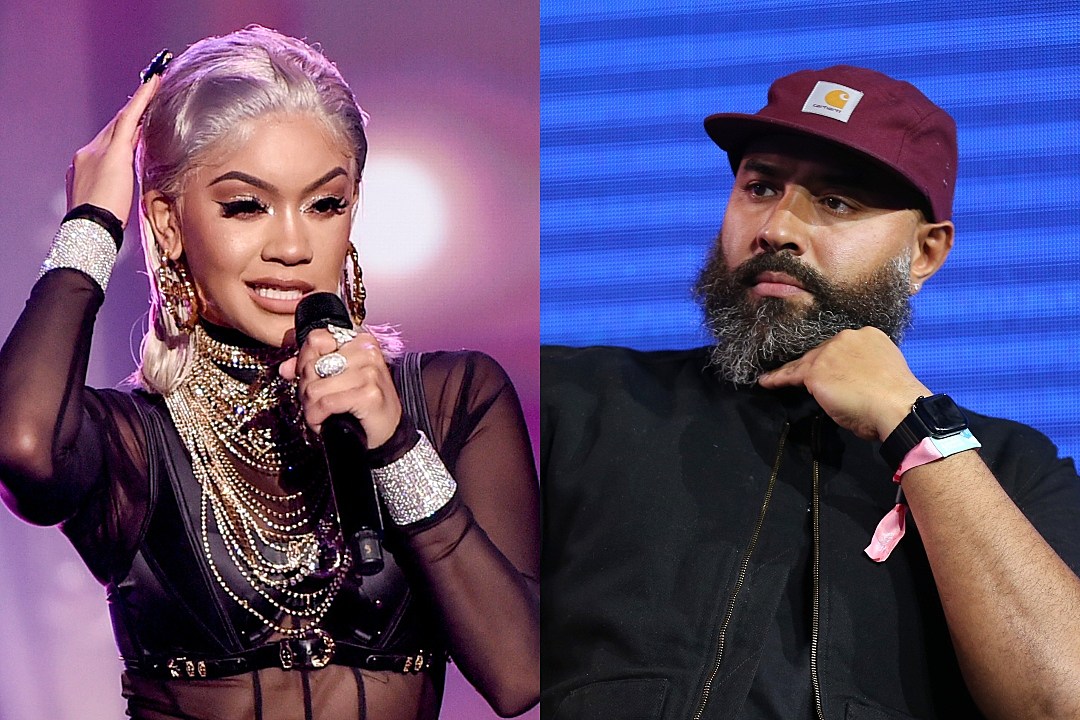