Someone Throws Shoe at DaBaby During Concert

Even after DaBaby had a nearly hour-long set at Rolling Loud festival in Miami this past weekend, that didn’t stop his reflexes from kicking into gear and saving him from getting hit by an inanimate object that was thrown at him on stage towards the end of his performance.

On Sunday night (July 25), while the North Carolina rapper was making his way towards the end of his show on Rolling Loud’s Ciroc stage, someone from the crowd threw a sneaker at him, missing his head by a mere few inches. Thankfully, DaBaby ducked swiftly and wasn’t harmed.

“Who the fuck threw that muthafuckin’ busted ass got damn Adida?,” he inquires. Then, pointing at a person in the crowd who can’t be seen, Baby continues: “That’s you? You the leader of the mosh pit? Then open that bitch up, nigga. ’Fore I come out there and do a front flip on y’all muthafuckin’ ass. Open that bitch up.”

A number of people on social media reacted to Baby almost getting clocked by the randomly thrown Adidas sneaker.

One person wrote, “Whoever threw that shoe at dababy, you are doing the Lords work. Clapping hands sign.”

Another user typed, “Nah fuck who through the shoe but the fact Dababy dodged the shoe,saw what name brand it was and tell it was beat up is fucking  crazy.”

Shortly after, DaBaby performed his Billboard-charting, Grammy Award-nominated song, “Rockstar,” featuring Roddy Ricch. Roddy didn’t make a guest appearance during Baby’s set, but that’s presumably because the Compton native had a performance of his own on that exact stage the night before (July 24).

See more reactions to DaBaby expeditiously dodging a shoe that was thrown at him while on the Rolling Loud Miami stage this weekend.

Take a look below to see DaBaby’s full Rolling Loud Miami set. Baby ducking the shoe happens around the 41:03-mark. 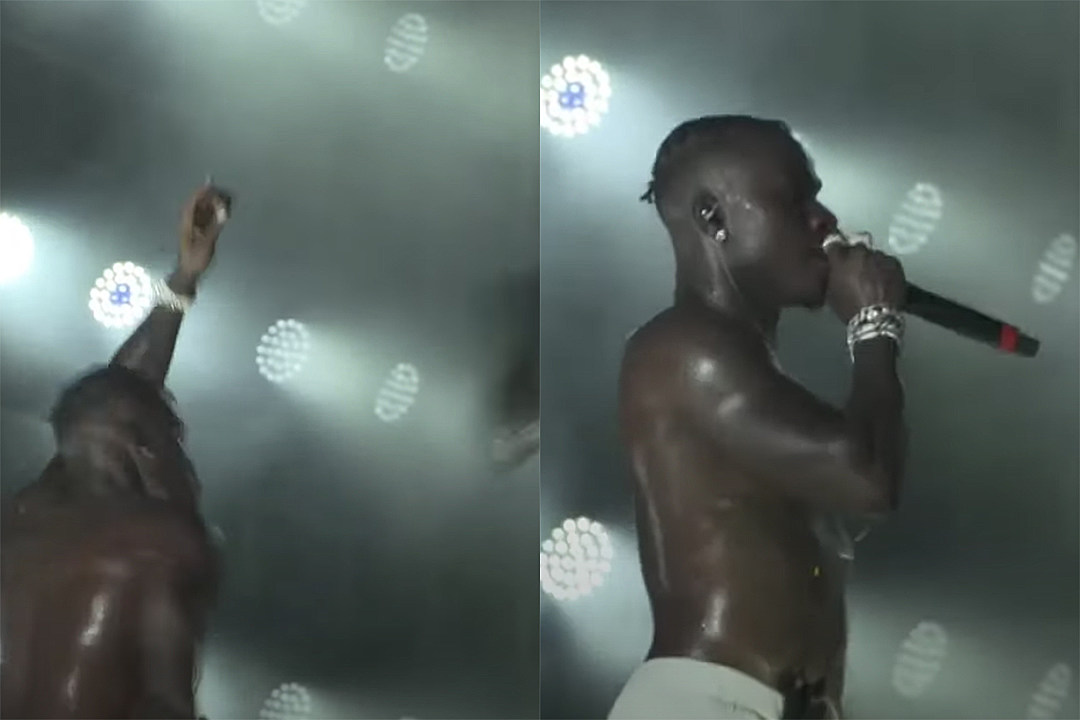