Friendship is everything, and that rings true for BlueBucksClan, the South Central, Los Angeles duo of DJ and Jeeezy, who have been close friends since they were playing childhood football games. They went to high school together, where they also played football, but then went their separate ways to become college athletes, hitting the football field once again. Both received scholarships—Jeeezy attended Robert Morris University Illinois in Chicago and DJ went to Western Oregon University in Oregon. Within months of each other in 2019, they both started rapping at crowded studio sessions with their friends, until DJ and Jeeezy became the two main rappers of their respective circles. Therein lies the birth of BlueBucksClan in 2019.

That same year, they began releasing projects as an official group, starting with Clan Way, which features “Gettin’ Money Now,” and No Rules. In 2020, they kept the momentum going with the mixtapes Clan Way 2, home to their banger “Walkin’ In,” Going Up and No Rules 2. Last year, the rap tandem signed to Los Angeles-based Out The Blue Records, home to fellow West Coast rhymers like Bino Rideaux.

BlueBucksClan, whose name is inspired by their passion for getting money, scored their biggest song so far with the Low the Great-produced “Walkin’ In,” released in February of 2020. Currently sitting at 1.2 million Spotify streams and 1.9 million YouTube views, the track, replete with sparse keys and that signature Cali bounce, perfectly encapsulates the crew’s appeal. “Pullin’ off in big foreigns, ain’t no 6-4s/Keep fly shit on my feet, where you get those?/Niggas tryna walk in my shoes, you can’t fit those,” DJ rhymes. “Feel like Birdman, I’m finna get my sign on/BucksClan in this bitch, so the line long/He got a fake-ass Rollie, so his time wrong,” Jeeezy raps.

Jeeezy and DJ are all about fashion, women and clever sports references, and their natural sense of humor have garnered attention all over L.A., and beyond. Their 2020 mixtape, No Rules 2, got them onto major labels’ radars, which only served to increase their buzz even more. Now, with the arrival of their latest mixtape, Clan Virus 2, featuring appearances from Lil Yachty and Quavo, and fans in people like Brooklyn Nets player Kevin Durant and Washington Wizards player Russell Westbrook, BlueBucksClan’s movement is going strong as their style and sound evolves.

The duo caught up with XXL on Zoom for this week’s edition of XXL‘s The Break.

I grew up listening to: DJ: “Snoop Dogg, everybody growing up, you know, there is a lot of people. West Coast, mostly West Coast.”

Jeeezy: “I would say like West Coast artists for sure, Lil Wayne, Nipsey Hussle, Snoop, Dre, all them.”

I’m going to blow up because: DJ: “I know we’re going in the right direction, so we on this interview with you know, XXL, that’s been something we’ve been trying to do and that’s something going into the right direction. But we just go day by day. We don’t know what’s going to happen, but we just do our same thing every day and just take it day by day. Some’ new happen every day. So, we just go with the flow.”

My standout records to date have been: DJ: “‘Walkin’ In’ for sure.”

Jeeezy: “‘Want Me To,’ ‘Todd Gurley,’ a couple of songs with Bino [Rideaux]. All of them was pretty big.”

My standout moments to date have been: DJ: “One of the biggest, I don’t know, I would probably say when we just getting, I just feel like things start changing and turning and going forward more when we got with, because before, before [we had major label interest in us], we just partnered up out the blue and that’s like our core team. That’s the base. So, when we got together and locked that together, that’s when it start moving more, I would say, in a better direction.

“It was like we knew what we was doing and we knew it was a plan. At first, we would just do it just because it’s fun. It was still doing what we wanted to do, but get that. That was probably a turning point for us.”

Most people don’t know: DJ: “It’s called ClanStrand, but we got some other [marijuana] strands coming out soon. So, we going to have a couple of different ones, but everything going to be legal and all that.” 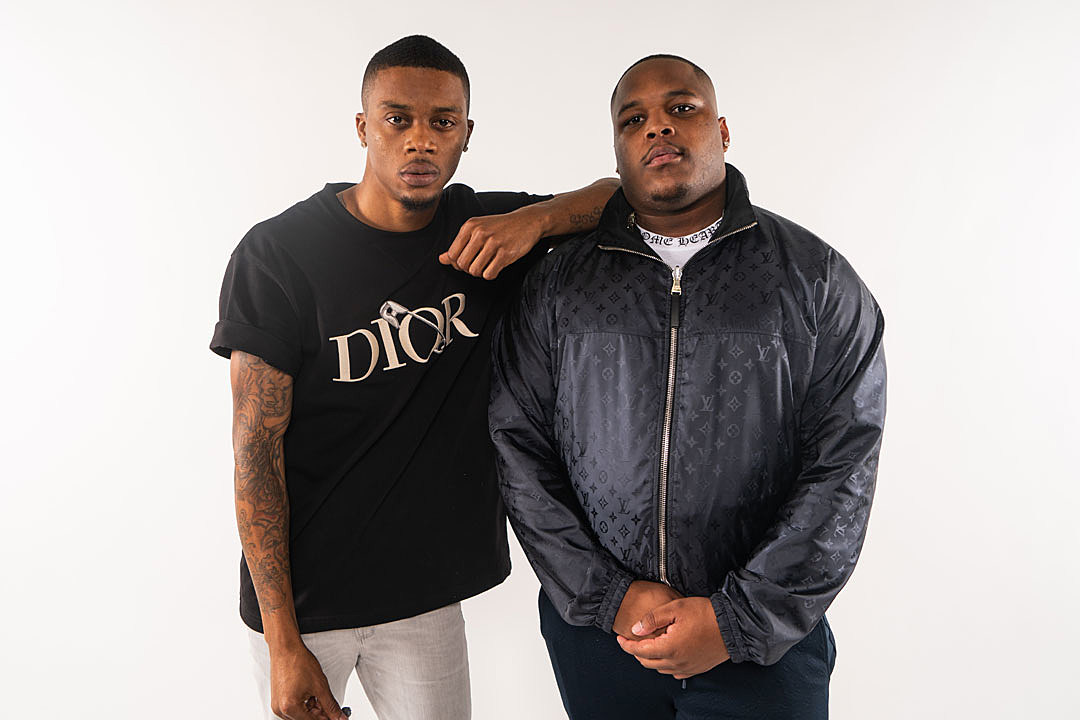