Curiosity and boredom can unlock an artist’s talent, and that’s precisely what happened with rapper Cochise. The Florida rapper is on a path to success after following his passion for music, which led him straight to a spot on a Billboard chart.

Back home in Palm Bay, Fla., he was making music on a broken Sony PlayStation mic in high school, which caught the attention of his cousin and his classmates. The props they gave Cochise, who’s of Jamaican descent, pushed him to keep going. So, he began uploading the songs he made to SoundCloud. He delivered his first project, Pulp, in 2018, followed by Hijack, released alongside Lousho, the next year. Then tracks like “Hatchback” and “Redhead,” dropped in September and November of 2019, respectively, started taking off. The music arrived shortly after his senior year of high school. When listening to Cochise’s sound, expect Jamaican patois as a nod to his heritage, carefree lyrics and the ever-popular baby voice mixed with a traditional rap cadence.

Over the last year, Cochise turned into a viral sensation thanks his music catching fire on TikTok, a platform he wasn’t too familiar with. “Hatchback” has over 1.6 million video creations and counting. Now, he’s a Columbia Records artist—he signed in June of 2020—off the strength of that song, which currently has over 72 million Spotify streams and 12 million YouTube views. “Uh, I’ma go run up a check (A check)/Like Akatsuki, I’m deep in my set (my set)/That’s your bitch, well I’m leaving her wet (her wet)/That boy broke why he talking ’bout bet? (Get),” he raps. The rising artist also has another surging viral track on his hands with the $NOT-assisted “Tell Em.”

After the release of his Benbow Crescent album in May of this year, which features “Hatchback,” Cochise let loose “Tell Em” just a few weeks later. The track was birthed from a leaked snippet that Cochise ended up recreating. He alternates between the baby voice he’s become known for and a more traditional rap sound before $NOT comes in with a feature verse. The song reached No. 64 on the Billboard Hot 100 as of last week. Heading into summer, Cochise’s buzz is through the roof after years of working hard for this moment. The road so far has led him here, to this week’s edition of XXL‘s The Break.

I grew up listening to: “I listened to a lot of reggae, dancehall, mainly from my parents. And then they kinda forced me to listen to the Furious Five, I was listening to Big Daddy Kane and shit like that. And then from there on, I started listening to Tyler, The Creator. And then it kinda steamrolled off of that into more rap. I understood what I liked.”

My style’s been compared to: “Everyone. Literally. It happens, but it’s a human thing. I try to explain to people that it’s a human thing. Something will sound some way to you, even if you want to be like, ‘Oh, OK, I like this. This dude is good.’ You’ll be like, ‘He’s like this, he’s like that.’ If you see a young player in the NBA, they’re definitely gonna compare, like, ‘Oh, he has the game of LeBron. Oh, nevermind, he playing like KD. Oh, nevermind, he wanna look like Allen Iverson.’ I remember somebody called me when I first started music, a ‘White Smokepurpp.’ Do I look White? I had somebody call me a ‘White Ski Mask [The Slump God].’ I guess my voice doesn’t fit the criteria of an African-American. They just threw me all the way to the Caucasian group, I’m European now.”

I’m going to blow up because: “I be just prayin’ on a lot of things. If God want it to happen, then it’ll happen. If it don’t happen, it’s for a reason. There’s some things that could be bigger, but then it didn’t happen. But I’m not mad at it. I’m happy I’m in the situation that I’m in. I’m in a wonderful area right now, I’m blessed, I’m chillin’, I’m livin’ good. Everybody eatin’.”

What’s your most slept-on song, and why?: “I think ‘Double’ is very underrated. It’s my dancehall track that I got. But as I said, I understand it. I understand why it didn’t go so crazy. With no context, I’m just throwing you into reggae. You might be used to listening to Heavy D, you might be used to listening to some Tenacious D, it don’t matter. I just threw you from rap all the way to reggae, bro. What are you doing? And that’s exactly what I want people to think: ‘What are you doing?’ I’m doing me.”

My standout records to date have been: “‘Redhead,’ ‘Hatchback,’ ‘Tell Em.’ ‘Lost It’ is pretty up there. ‘Knicks,’ that’s the song I forgot. We got some songs under our belt, huh? We got a little catalog, eh?”

My standout moments to date have been: “I’d say the Billboard [‘Tell Em’ peaking at No. 64]. The Billboard was so recent and new, I don’t know how to top it. I think the craziest thing, and I remember, because I teared up, before I even got signed, when ‘Hatchback’ was going crazy, I was in the top 50 Spotify Global chart, and I almost cried like a bitch on Instagram Live, so I had to get off. There was so much people making so much side comments about me doing music, my mom, she respected that I did music, because she know I made it happen. I thank God. A nigga might cry now.”

See the Most Recognizable Looks in Your Favorite Rappers’ Careers 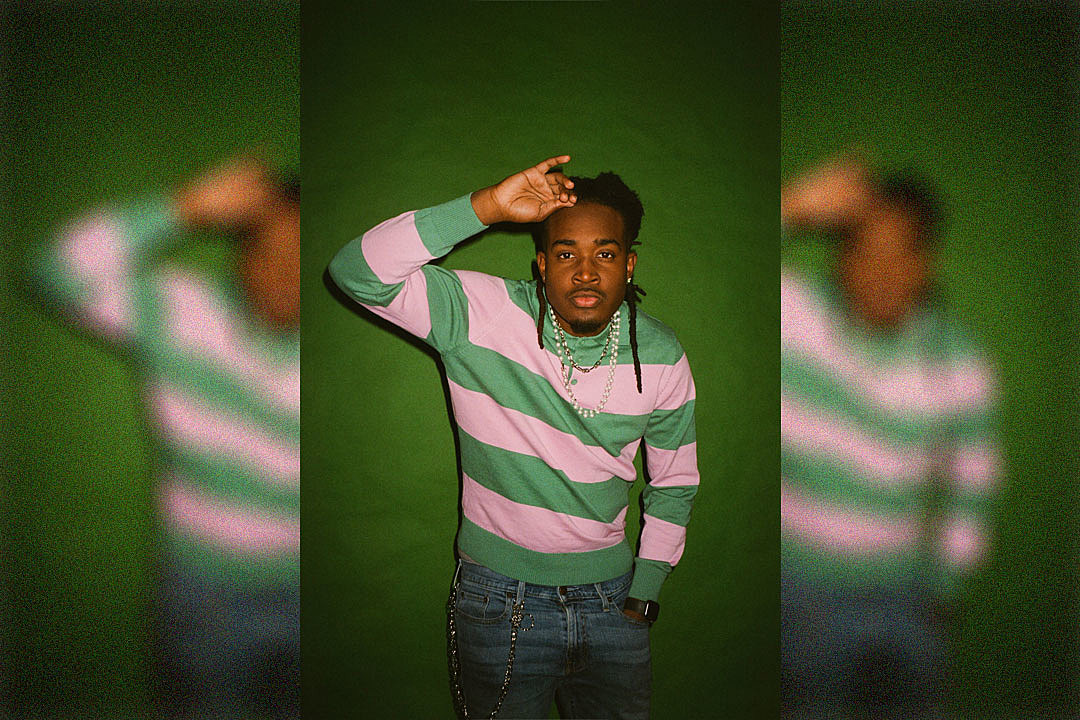