What Is the Ski Challenge?

The release of Young Thug and Young Stoner Life’s Slime Language 2 album came with much more than A-list rapper features and a 24-song tracklist. The effort also sparked the #SkiChallenge, thanks to Thugger himself.

Just before the LP hit streaming platforms last Friday (April 16), a video was shared via Instagram of the Atlanta rhymer in what appears to be a studio doing ski-like movements to his track “Ski” featuring Gunna. The clip, which was uploaded to the Young Stoner Life Records IG page on March 28, is captioned, “What’s the name of this challenge?” The challenge later adopted the name the #SkiChallenge.

Over two weeks after Young Thug showcased the dance online, it began to take a life of its own. Diddy was one of the first artists to do the #SkiChallenge and post it on his IG. In his clip, which was uploaded just before the SL2 arrived, the mogul is seen doing his own variation of the dance where he later leans forward and is pulled back by his son Christian Combs, who tightly grips onto Diddy’s hoodie so Puff doesn’t face plant onto the ground. His other son, Justin Combs, enters the frame of the video shortly after.

Future, who makes an appearance on SL2‘s “Superstar,” shared video footage of himself participating in the #SkiChallenge, too. Unlike the moves Thugger and Diddy displayed, Hendrix put a different type of sauce on the soon-to-be viral dance while rocking a cream robe.

While Diddy and Future are members of the hip-hop community who have engaged in Young Thug‘s challenge, which Thugger has been pushing via social media and encouraging others to join, celebrities outside of the rap space are joining in on the fun.

Actor and comedian Kevin Hart posted a video of himself trying his hand at the #SkiChallenge on Monday (April 19). Hart captioned his post, “Decided to go skiing tonight….. this shit go hard 🔥🔥🔥🔥🔥.”

Viral dances to rap songs like Drake’s #InMyFeelingsChallenge—and most recently with Soulja Boy’s #SheMakeItClap—have been taking over the net these last couple of years. 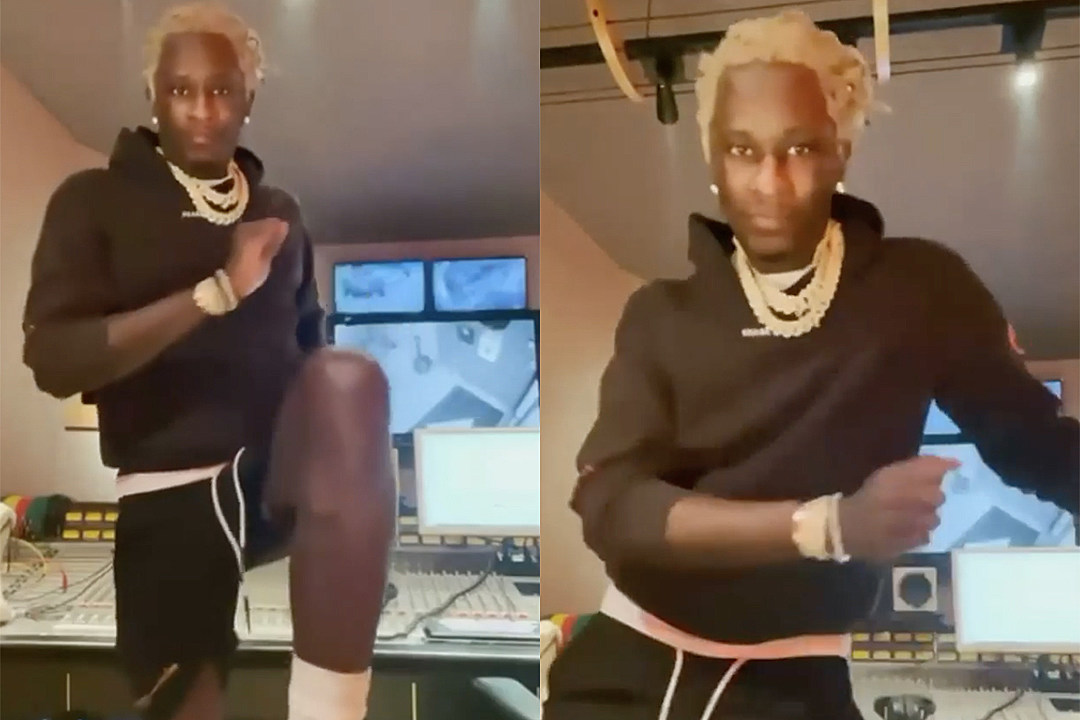