XXXTentacion’s Half Brother Has No Access to XXX’s Mausoleum

Following family disputes with XXXTentacion‘s living relatives over the estate he left behind, X’s half-brother, Corey Pack, claims his access to the “Sad!” rapper’s mausoleum has been revoked.

On Saturday (April 10), X’s half-brother, Corey Pack shared a video of himself trying to enter XXXTentacion’s mausoleum on the anniversary of his death. However, as the video continues, Pack realizes his key does not work, saying, “locked me out the whole mausoleum.”

Corey, who appeared on “Corey’s Intro” from X’s 2019 album XXXTentacion Presents: Members Only, Vol. 4, explained how spending time at the crypt allowed him to feel closer to his brother in the video’s caption.

“I was contemplating for almost a year now on posting this video. i never bring any of my problems to others nor others online. but ive learned wen u don’t tell others how ya feelin or watchu goin through u only hurt urself. it jus gets me fuked up and enraged wen they luv to use my brothers name n say they do shit for em. but stop his lil brother, my best friend, someone that i look up to since we was in diapers, someone i talked to everyday and was wit 24/7 from goin inside HIS    mausoleum n seein bruh.,” the statement begins. ” i was there almost every day fa 2 years. wen i felt like life got tooo krazy or overwhelming id go thea n jus sit wit bruh. it was sum where i felt like it was my sanctuary where id kould let my emotions out n the only one that saw dem all was bruh. this was prolly the most low down grimey shit that ive ever encountered.”

As the caption continued, Corey explained that this video took place on the second anniversary of XXXTentacion’s death in 2020. X’s half brother also gave some insight into issues he’s been experiencing with people who were close to the late rapper since his passing.

“But in the midst of all da bullshit n fuckery that’s gone on fa almost 3 years ik bruh watching in ways that i kould never see wit my own two eyes. so i wanna use this moment as testament, that it’ll always get wicked b4 the light ever starts to shine. to me i already lost everything, im jus tryna be something for the ones that feel like they lost it all too. always stand on watchu believe in even if it means yu gotta go to the furthest extent. never slience ya truth bc it’s gonna kome out regardless. they will hate cha fa believing in urself. you know yu doin sum right wen they go to extremes to see ya suffer. (they changed the locks on me on the 2 years anniversary  of my brothers passing) LUV51.”

Corey Pack losing access to XXXTentacion’s resting place is presumably linked to a lawsuit filed by Pack’s mother accusing X’s mother Cleopatra Bernard of transferring over $11 million, which was initially intended for him to herself. The court documents show the paperwork was filed in Broward County court on June 11, 2020. The second anniversary of the rapper, born Jahseh Onfroy, is on June 18, 2020. XXXTentacion was killed on June 18, 2018, in Deerfield Beach, Fla. on June 18, 2018. 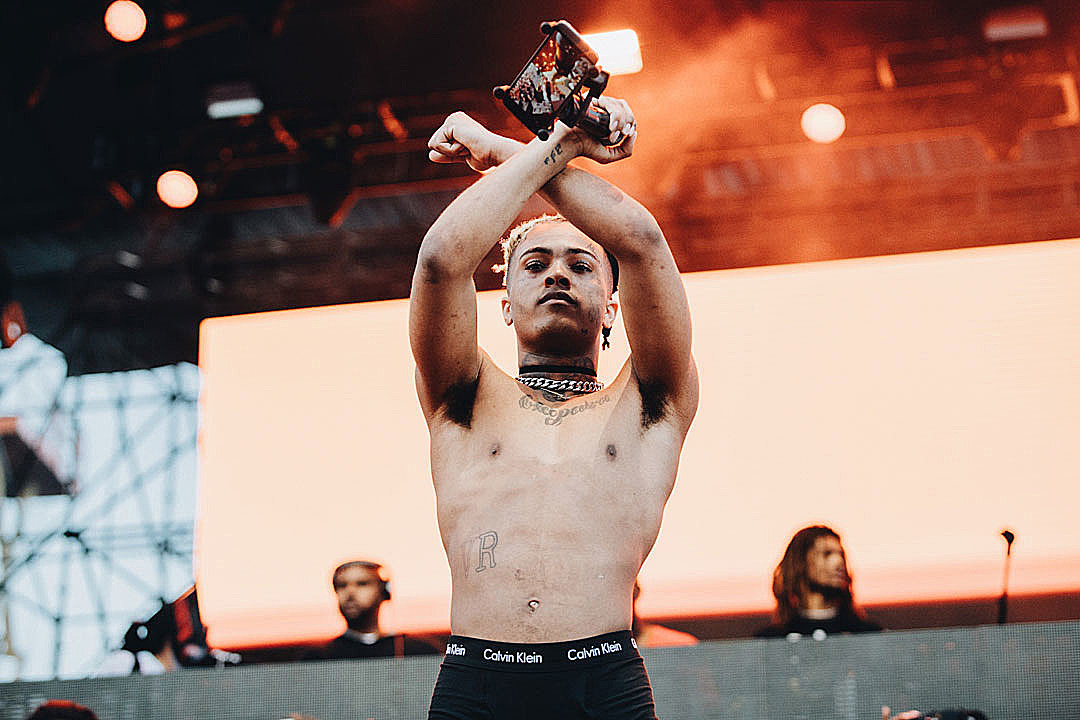