Every rapper has a list of top rhymers who have influenced them and Young Thug has shared his five favorite rappers.

During a recent appearance on Gille Da Kid and Wallo’s Million Dollaz Worth of Game podcast, which premiered on Sunday (May 16), Thugger ran off his list and includes his Young Stoner Life Records label. His artists were also in the studio while the podcast took place.

Appearing to be slightly stumped by who Thug wanted to name as his fifth favorite rapper alive, he name-drops both Future and 21 Savage.

He went on to say his list is all-encompassing and isn’t just based on lyricism. If that were the case, Thugger said his favorites would’ve included Kendrick Lamar, J. Cole or Dreamville Record’s Bas.

As Young Thug tries to narrow down the last rapper to complete his top five list, Gillie encourages Thug to think hard about who he’s going to name. To this, Thugger replies, “I’m overly thinking.”

Young Thug has actually collabed with all of the rappers on his top five rhymers list, with the exception of ’Ye.

To name a few, Thugger and Uzi dropped “Up” from the Atlanta rapper’s 2018 Hear No Evil EP and “D4L” with Drake and Future is on Drizzy’s 2020 Dark Lane Demo Tapes surprise mixtape. Thug also worked with the 6 God recently on “Solid” from this year’s YSL compilation album, Slim Language 2. Lil Baby has several tracks with Thug as well, including “Chanel” featuring Gunna on the initial Slime Language, which arrived in 2018.

And although Thug doesn’t have a song with Kanye, there’s a song named after the Chicago-bred rhymer featuring Wyclef Jean on Thugger’s 2016 Jeffery mixtape.

On another note, back in 2016, a leaked version so Yeezy’s “Famous” from The Life of Pablo surfaced online, containing a verse from Young Thug. The final version of the track features vocals from Rihanna and Swizz Beatz.

Check out the conversation with Young Thug, Gille Da Kid and Wallo below. Thug names his top rappers around the 16:45-mark below. 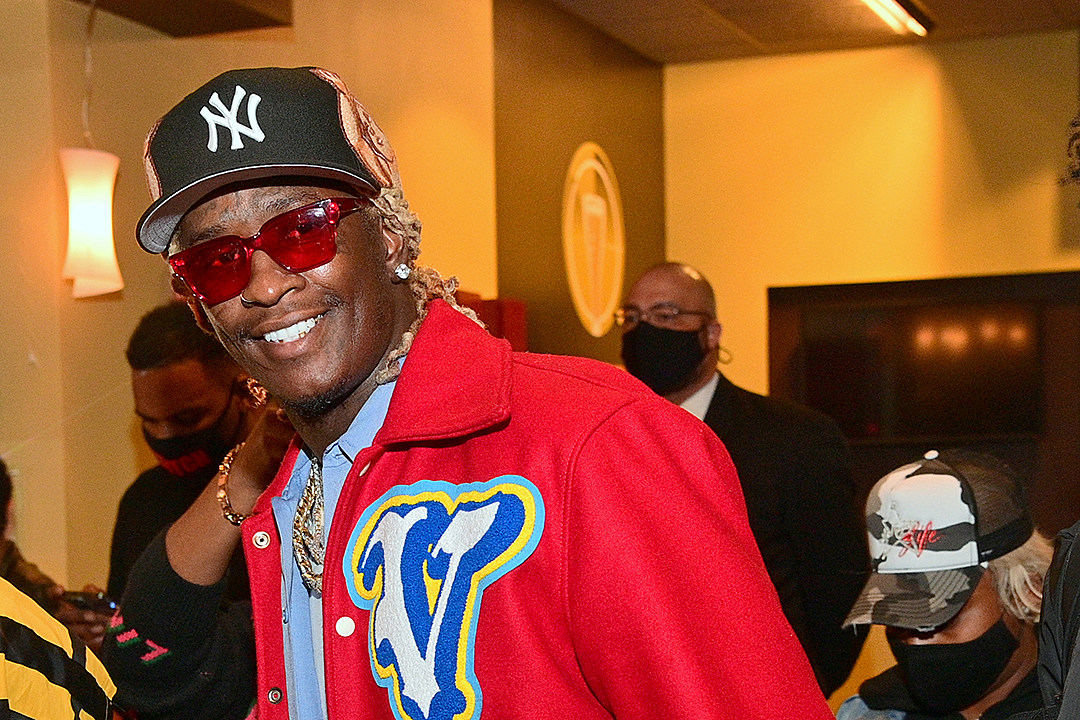