Young Thug‘s contributions to the rap game are longstanding and undeniable. The Atlanta-bred rhymer has also seamlessly expanded his musical palette over the years and its evident in the offerings he’s released. But of course, one thing to notice is the innovation and diversity within his beat selection throughout his career, easily setting him apart from the rest. As a result, many producers on the rise experiment with Thug’s sound, which can also be referred to as Young Thug type beats.

In 2019, the Young Stoner Life Records CEO dropped his debut album, So Much Fun. The lead single from the effort, “The London” featuring J. Cole and Travis Scott, has a lullaby-esque appeal with dominant, pulsating bass along with ascending piano keys crafted by T-Minus. Then, there’s the Gunna-assisted “Hot,” musically constructed by Wheezy, on which the ATL-bred rappers float over moderate woodwind instruments. Another vastly different sound on the album is the Wheezy and Nick Mira-produced “Just How It Is,” full of mostly warm, well-rounded guitar strums, low ticks and soft bass.

Young Thug‘s beat selection is oftentimes explorative and can’t be pinpointed to one particular instrument, vibe or tempo—similar to his style and personality. So it makes sense. Back in 2018, Thug dropped his mixtape, Beautiful Thugger Girls. The intro track, “Family Don’t Matter” featuring Millie Go Lightly and produced by Wheezy and Rex Kudo, has a country music feel with steady guitar strums. The strings are matched with defiant drums, though. On the Billboard Hitmakers and BLSSD-produced “Relationship” featuring Auto-Tune melodies from Future, the 808 synths are gradual, adding a subtle but necessary element to the simplistic drums that sometimes shift to a double-time speed.

While it wouldn’t be wise to associate predictability with Young Thug, fans and music listeners can typically expect him to provide feel good music. That’s a fact at this point. Despite Thug pushing the hip-hop envelope by wearing a dress on the cover art for his 2016 mixtape Jeffery—titled after his given first name—Thugger offers an array of euphonious joints along with elevated trap rap combined with alluring landscapes. The Quavo and Travis Scott-assisted “Pick Up the Phone,” flawlessly formulated by Allen Ritter, Frank Dukes, Maneesh Bidaye, Mick Schultz, Mike Dean, and Vinylz, offers energetic 808-based grooves with some frantic piano keys in the backdrop.

Young Thug has mastered melding nonconventional sounds with Auto-Tune and conjoining those sonics with genres other than trap rap like R&B and even country. When it comes to the beats he uses, it’s a tough act to follow for those aiming to mimic his sound. However, that hasn’t stopped beatmakers from trying. Take a look below to find some Young Thug type beats that have been crafted by aspiring producers. 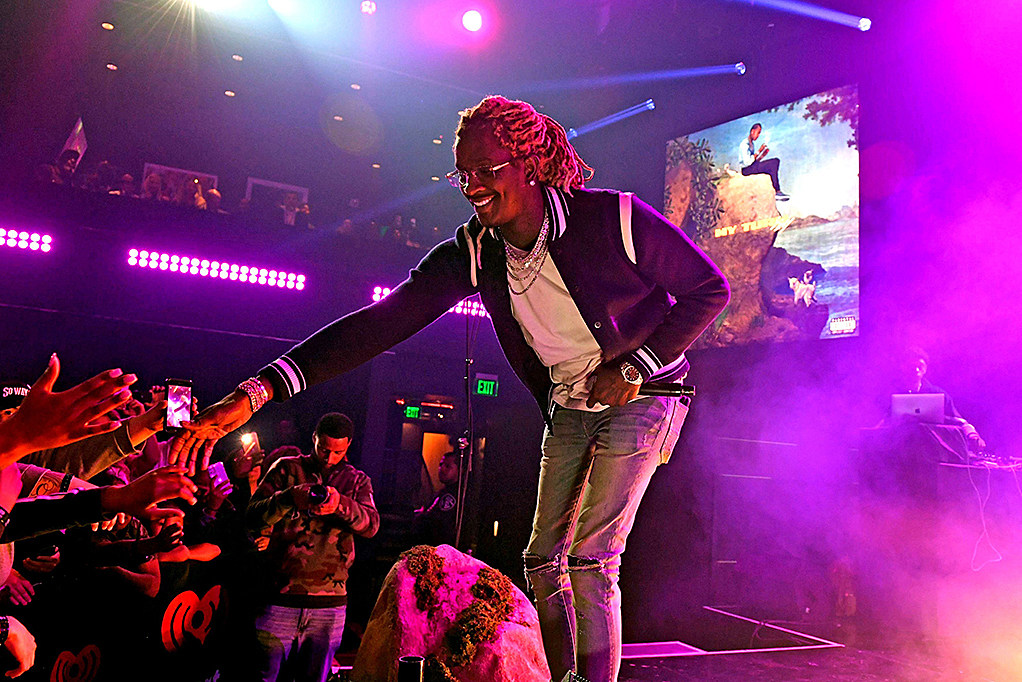